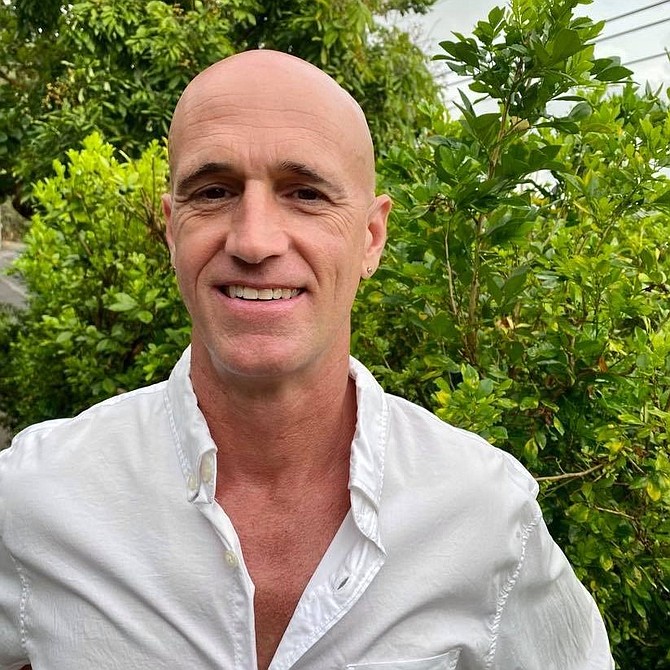 Bo Bissett used alcohol to cope with painful childhood experiences. After two horrific accidents, he sought treatment to work through difficult issues. That was one of the first steps on his road to recovery.

A pile of crushed metal, shattered glass was the result of Bo Bissett's decision to get behind the wheel of a car while drunk. He crashed his car into a telephone pole in an accident that nearly cost him his life. Two years later, he got drunk at a keg party.  He left the celebration traveling by skateboard, rolled into oncoming traffic and was hit by a car. He almost lost his right leg.

"A few years later, I pushed everyone around me away and left the country," said Bissett. "I traveled and drank myself stupid for another 10 years. That's when my body started breaking down and I realized I wouldn't just die in my sleep, that the end would be longer and more painful than I imagined. That's when I realized I had to stop punishing myself."

Bissett and others who’ve struggled with alcoholism are using the month of April to share stories about alcoholism played and their roads to recovery. Designated as National Alcohol Awareness Month, survivors and mental health professionals who work in substance abuse and addiction use the month of April to raise awareness, erase stigma and to inspire those who are struggling to get help and maintain sobriety. The National Institute on Alcohol Abuse and Alcoholism (NIAAA) estimates that 90 percent of alcoholics will have at least one relapse during their first four years of sobriety.

"What people do not realize is that Alcohol Use Disorder is a brain disease,” said Arlington psychotherapist, David Burch. “Our brains can become addicted, crave it and have withdrawals from it.”

Because alcohol is a legal substance, knowing and accepting that one has crossed a line into alcoholism can be challenging, said Allana Taylor, LCSW, director of Student Counseling Services at Marymount University. She recommends the CAGE assessment, a short questionnaire that can indicate problem drinking.

The CAGE questionnaire is an acronym for four questions:

Have you ever tried to Cut down your drinking?

Have people Annoyed you about your drinking?

Have you ever felt Guilty about your drinking?

Have you ever had a drink first thing in the morning to steady your nerves or to get rid of a hangover (Eye opener)?”

“Alcoholics continue drinking despite the problems that it causes in their lives,” Taylor said. They find themselves drinking more than they anticipated, have had unsuccessful attempts to stop drinking, and over time require increasing amounts of alcohol in order to achieve their desired effects.”

Misconceptions and stigma around alcoholism can cause shame unlike other accepted medical conditions. "A lot of people think that it's just an easy decision to put down the bottle," said Burch. “Society and our communities need more education on that in order to help ease the stigma."

The ability to hide his alcohol consumption helped fuel 36-year-old Francisco’s alcoholism. "I was a functioning alcoholic,” said Francisco, who lives in Potomac, and has been sober for four-and-a-half years. "I could work all day, but Thursday through Monday the party was raging. I would usually wake up the next morning wondering where I’d been, who I’d been with and how I got there.

He began drinking when he was 15 and it wasn’t until his life began to unravel that he decided to put down the bottle. “The biggest consequences I faced were all legal troubles,” he said. “Since the age of 19 I have had some sort of legal problem. I was either in jail or on probation. I’ve spent two years of my adult life free of legal problems.”

Using alcohol to mask pain from past experiences is not uncommon among alcoholics. This was the case with Francisco. “I was a gay child and that made me stick out like a sore thumb,” he said. “I didn’t know how to handle my lack of attraction for women. I saw myself as defective and lacking. Alcohol gave me the ability to forget all that. With alcohol I didn’t have to worry about being too effeminate. I drank every night to have the courage to break out of my shell." He credits his sobriety to Alcoholics Anonymous. https://www.aa.org/

Seeking treatment to understand and work through difficult issues from his past instead of numbing himself with alcohol was one of the first steps on Bissett’s road to recovery. "I got rid of the underlying emotions that kept me from living a [better] life and thinking I was unworthy of something better," said Bissett. "Triggers … are emotional responses that we've embodied. Once those emotions are gone, you get to choose how you react, whether to drink or not."

Among the consequences that can help motivate alcoholics to stop drinking are strained relationships with family and friends, health risks, job loss, legal issues and a desire to return to one’s faith. Such was the case for Terrie, a 55-year-old mother of three. “I spent years in and out of jails. I had an incredibly powerful and moving experience in prison,” said Terrie, who has been sober for three months. “I prayed for the desire for drugs and alcohol to leave me. I felt this weird, eerie and beautiful presence in my body. It filled the hole that I had been trying to fill since I was a little girl being abused. I started sobbing and I knew that when I left prison I would never drink again.”

Methods of attaining and maintaining sobriety vary from person to person, said Taylor.

“Addictions can be challenging to overcome and a number of factors, such as level of severity and access to help contribute to how difficult it is to achieve sobriety,” she said. The basics: “Avoid settings, people, and circumstances that trigger the desire to drink. Use therapeutic or psychiatric support to develop a toolbox of coping skills for stress and intense emotions.”

If done carefully, an intervention by the family and friends can be effective, Taylor said. “It must be based around expressing your concern about the person's wellbeing,” she said. “Avoid using labels like alcoholic or alcoholism. There is a negative connotation associated with those terms that may cause someone to become defensive and not willing to listen.”

Instead, express concerns objectively, continued Taylor. “Describe actions or observable behaviors as well as providing support," she said. "For example, "I am really worried because you have been missing a lot of work lately. I care about you and want to help,” she said.

Bisset offers a caveat. "Friends and family can say and do many things, but it's not until the person abusing alcohol realizes they need to change that they can make lasting change,” he said.

Find Your Way to Alcohol Treatment