McLean brothers battle on the diamond, playing for different teams. 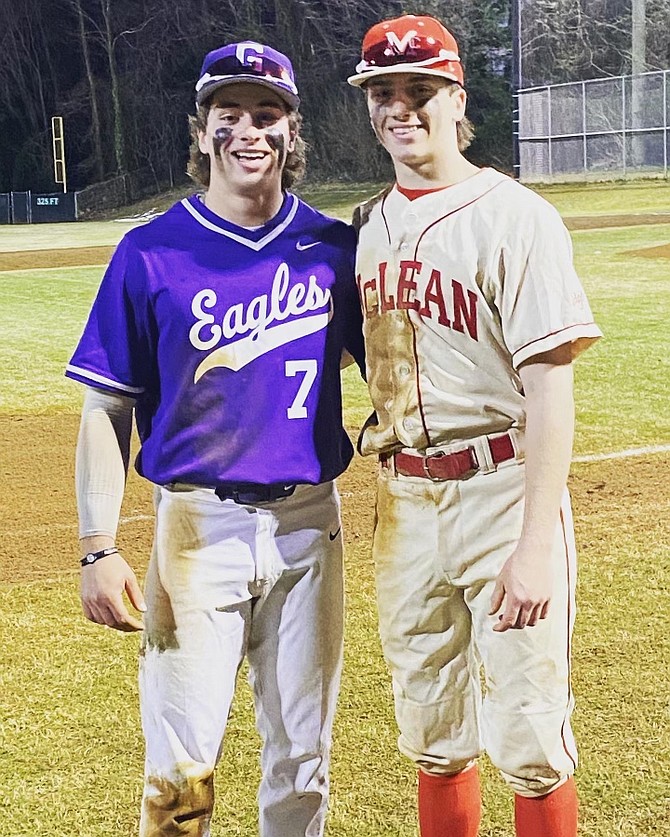 The Morabito family of McLean, immediate and extended, is bonded by the magic of baseball. Family members have played and coached baseball, from Little League to the Chicago White Sox. There is room for everybody in baseball, whether a fan, a player, or an inventor of baseball training equipment in the Morabito family.

Nicholas Morabito, 18, of McLean, plays for Gonzaga College High School, a Catholic school in Washington, D.C. Brother, Christopher, 17, lives in the same house as Nicholas and has the same parents. He plays for McLean High School, Fairfax County public high school near his home. 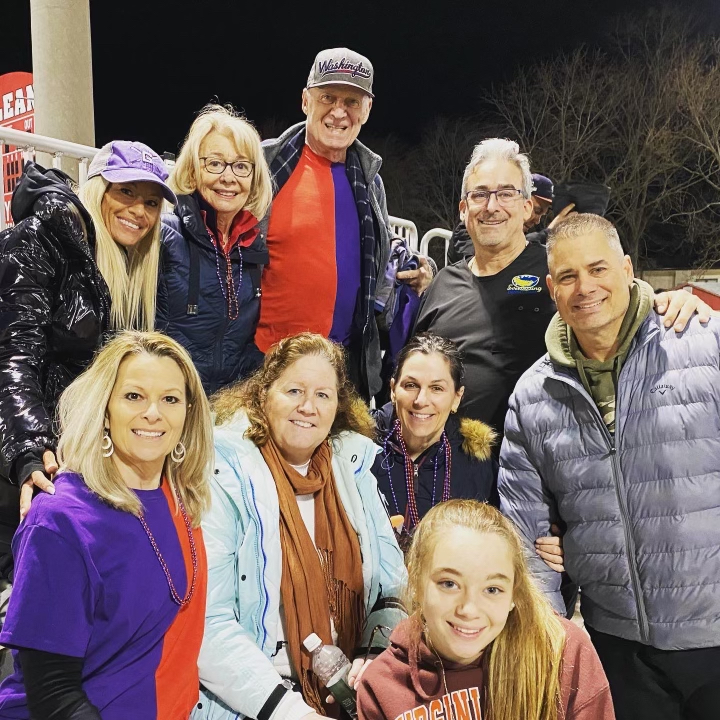 The young men, "Irish twins," as their aunt Carrie Blewitt called them. attend different high schools due to their individual educational preferences. Nicholas had shown an interest in pursuing his studies at a private Catholic institution. Christopher, on the other hand, had been more interested in joining his friends in Little League and around the neighborhood at the public high school, said Blewitt.

On the evening of March 13, the brothers prepared to face each other on the field, each batting second.

Nicholas, a senior, plays shortstop for the Gonzaga College High School Eagles. He also serves as the team's senior captain. Christopher, a junior, is the starting second baseman for the McLean High School Highlanders. Monday evening would be the first time the brothers squared off against each other at any level of organized baseball.

"I was very excited and definitely looking forward to it more than any other game on my schedule," Nicholas said. "I knew there would be a lot of family and friends coming. Being able to play against my brother and best friend is such a great opportunity."

Gonzaga defeated McLean on Monday evening, March 14. Nicholas launched a home run early in the game for the Eagles. He went 2 for 4 with the homer, three runs batted in (RBI), and two stolen bases, helping the Eagles soar to a 4-3 victory and improving their record to 3-1 on the season. Christopher walked and hit a triple for the McLean Highlanders.

"We have watched these two play very competitively against opponents, but when it came to each other, it was nice to see that they were playing competitively and rooting each other on as well," Blewitt said.

Christopher and Nicholas's immediate and extended family rooted for them. Brian Morabito had played baseball at James Madison University. "It was great to have the boys play together on the same field and both play well, and most importantly, [it was great] to have lots of extended family there enjoying the game. It was a fun-filled night," he said.

MarLynn Morabito, the boys' mother, added, "It was a night full of excitement and a bit of nervousness. I wanted both the boys to do well and to enjoy the moment. Luckily, they both played great. It will be a night we will look back on for many years."

The boys' uncle, John Morabito, grew up in McLean. He has coached baseball in McLean and Vienna since 1991. John Morabito played at the collegiate level at Wake Forest University and for the Chicago White Sox organization for the 1987 season until he tore his UCL, the ligament inside the elbow on his throwing arm. The injury ended his career.

“Of course, I wish my team had won, but I played hard, and my brother did too,” Christopher said. “It was a close game, but the fact that we played each other in a brotherly competition made it a special game and softened the loss a bit.”