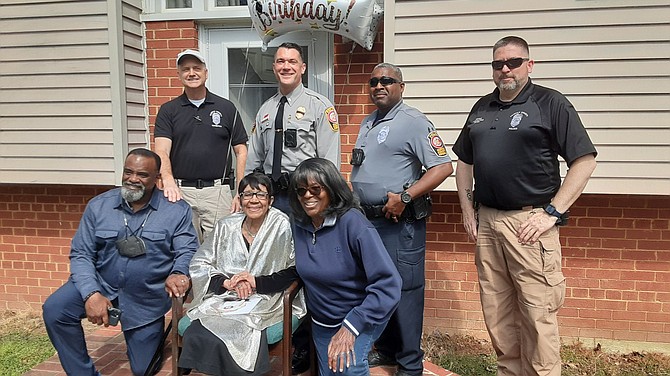 The car parade, the honking and the flowers were the life of the party to celebrate Ada Singletary’s birthday and commemorate this Gum Springs resident that’s been around since 1920. She’s lived in the same house since 1966 when her grandfather was still around, and has been in a couple of parades around the neighborhood. 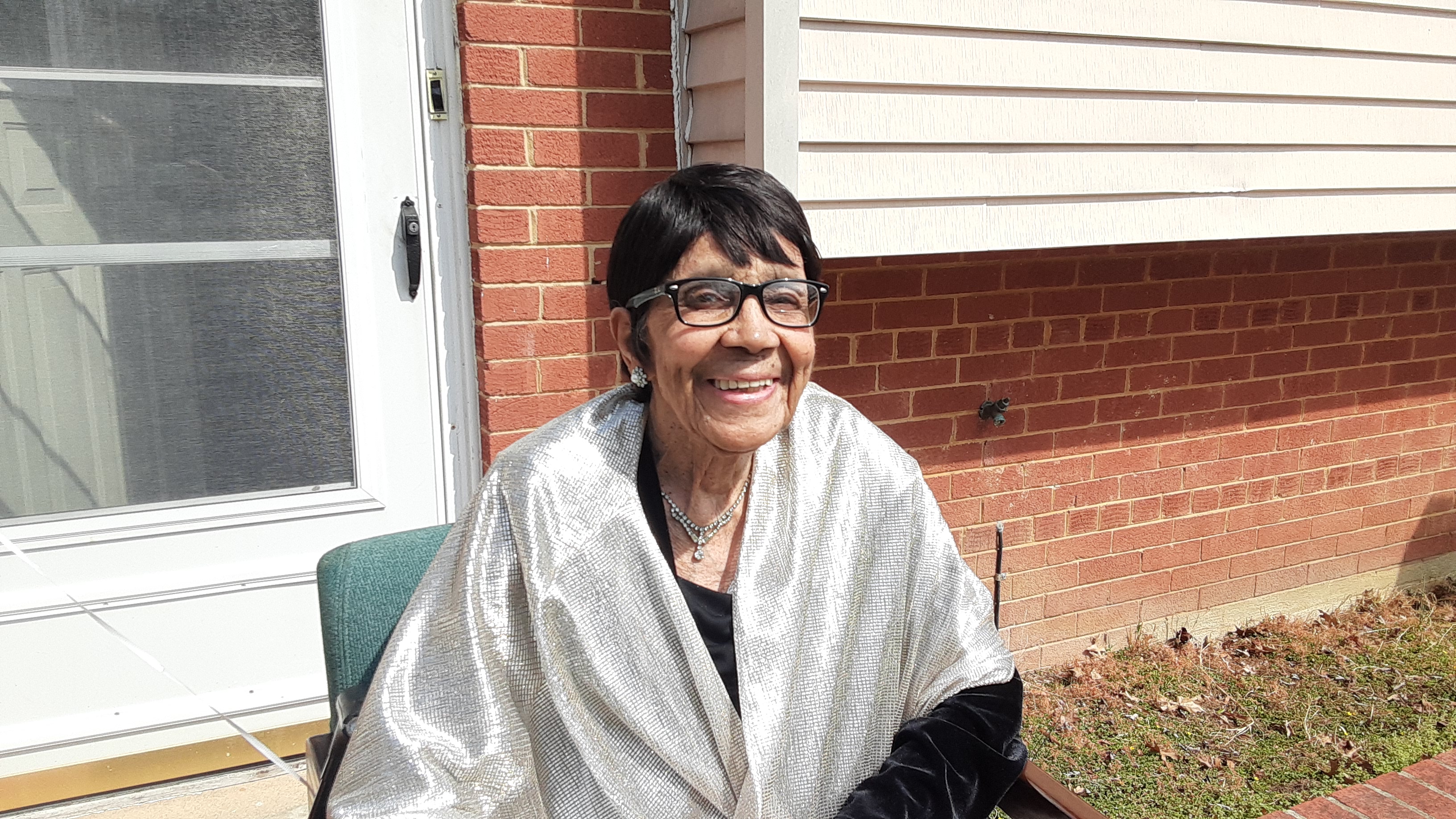 This birthday was special though, and it brought out the New Gum Springs Civic Association, a squad of police officers from the Mount Vernon station, folks from the neighborhood and Pastor Darrell K. White from Bethlehem Baptist Church where Ada goes to church. Tenesha Green also goes to that church and was proud to honor a fellow parishioner. “Shows we still have a sense of community,” Green said.

Queenie Cox put together the parade, and the weather cooperated so it was a covid-safe, outdoor event. “Last year we did a book,” she said.

The cars gathered in the parking lot of the Harvest Assembly Baptist Church right around the corner from Ada’s house. Kevin Shaw, the assistant commander of the Mount Vernon Police Station lined the cars up, with Queenie Cox out in front.

Detective Daryl Davis was one of the officers and he grew up right around the corner from Singletary so the two neighbors went way back. “Been here all my life,” he said. 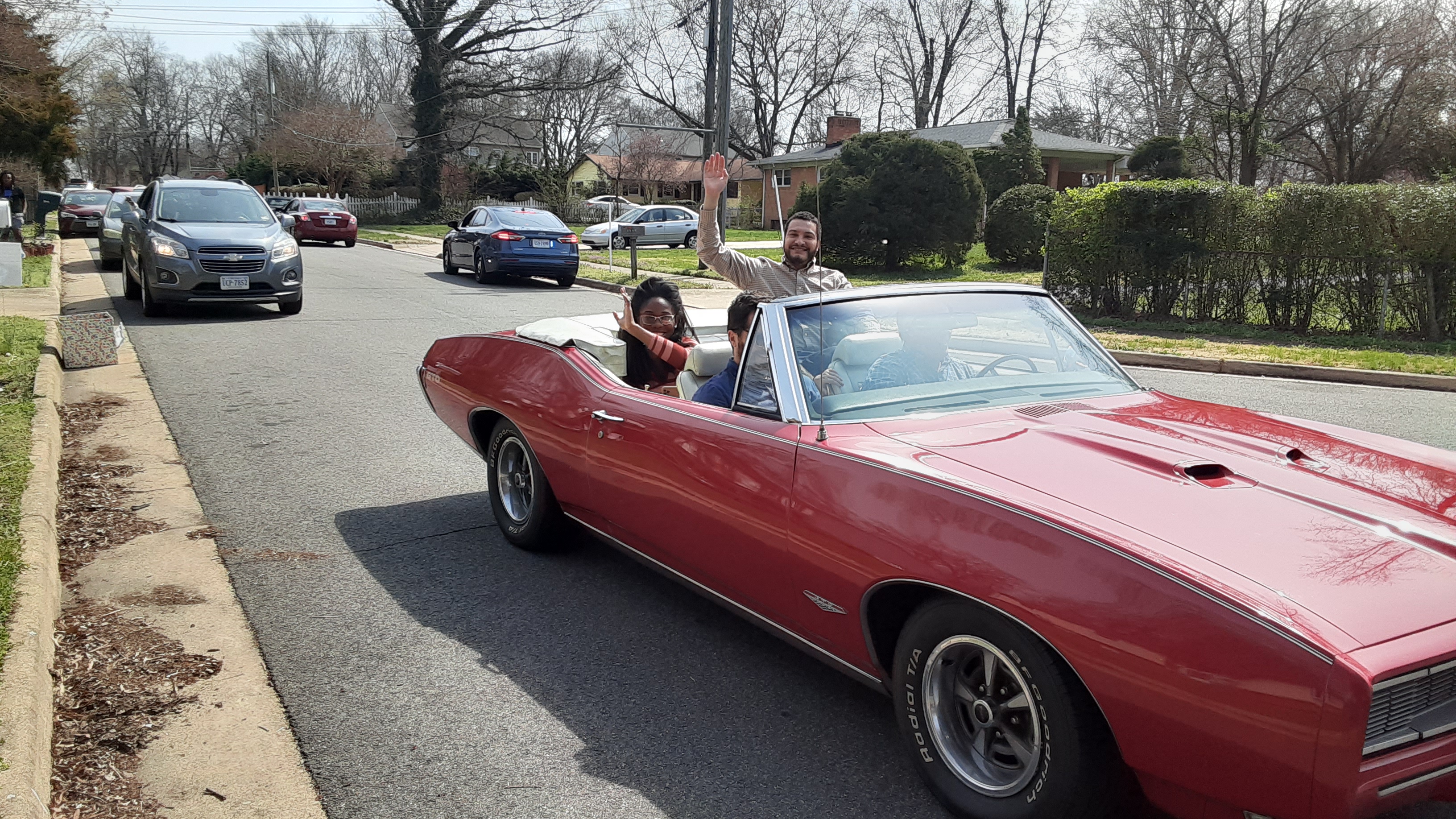 Cheers for Ada Singletary from those in the 1968 Pontiac GTO.