Pho Soup has Plenty of Noodles and Broth
Votes

Pho Soup has Plenty of Noodles and Broth

Vietnamese pho could ease the common cold or late night partying, but it's different from ramen. 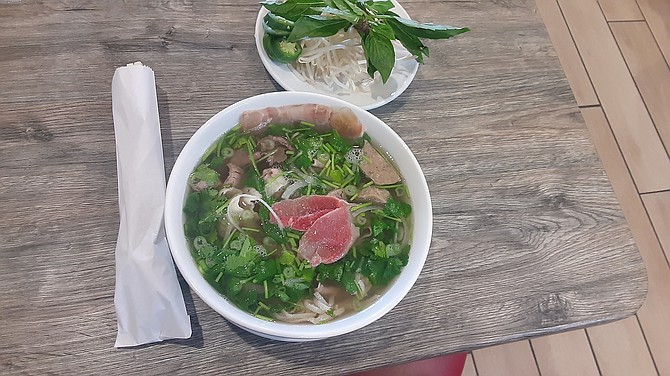 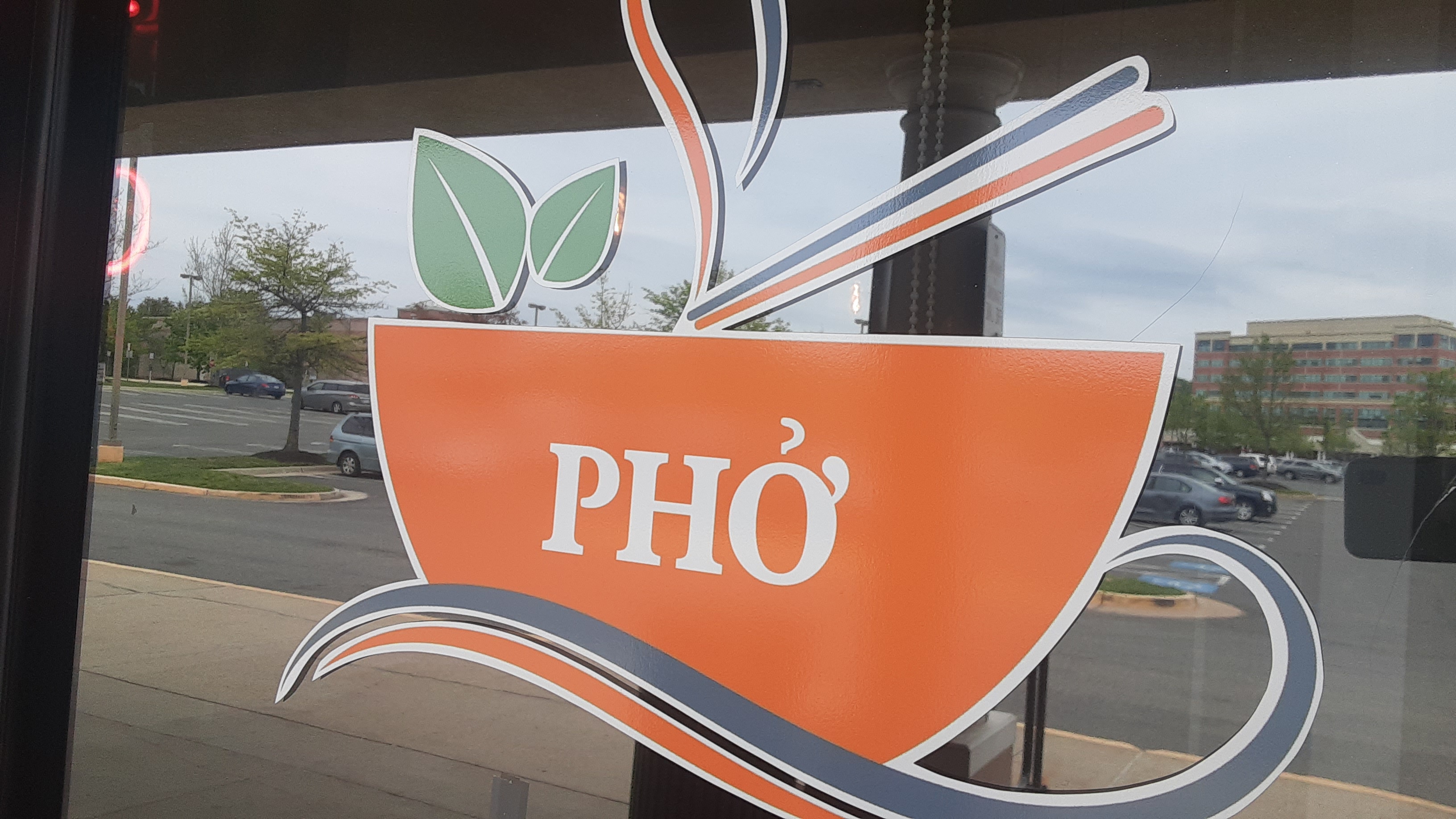 comes with a pair of chopsticks. Wait a minute, chopsticks for soup?

“We give them chopsticks and a spoon, the broth is the good part,” said Jessie Ngo, the hostess at Pho Ngon in Kingstowne where the most popular dish is the beef pho that comes with a variety of options, or the “Nem Nuong Cuon,” which is a pork roll.

Ngo was born in Ho Chi Minh City, which might be known to some old timers as Saigon before 1975.

They are authentic at Pho Ngon though, and this is popular with the residents of Kingstowne. “In my country, it’s the original food,” added Tu Cam Luon, the manager at the Kingstowne location. They have another restaurant in Springfield. Back in the kitchen, they all speak Vietnamese.

At Pho Chateau in Lorton, the pho soup is a comfort food, or an ailment to late night partying, said manager Sonya Nguyen. “Pho season is when it’s rainy and cold,” she said. Nguyen, who is Vietnamese, sees a lot of young people come in and treat the pho like the chicken soup for the new generation. “We have a diverse crowd, this generation is so open to other things, soup is part of that,” she said.

“I love it,” said Victoria Grygorian who is a frequent customer, and admits to slurping her pho. “It’s soup, you are supposed to slurp,” she added.

What’s in the Pho?

Phở or pho is a Vietnamese soup dish consisting of broth, rice noodles, herbs, and meat, and a popular food in Vietnam where it is served in households, street stalls and restaurants countrywide. Pho is considered Vietnam's national dish but it’s not to be confused with ramen, which can be bought in the local supermarket in a dried, square form that is just plopped in boiling water. There is still a lot of noodles but not much else.

Ramen is a Japanese noodle soup that consists of rice or wheat noodles served in a meat-based broth, often flavored with soy sauce or miso, and uses toppings such as sliced pork, nori, mneme, and scallions.

In Hawaii, their noodle soup is called saimin and is similar but has little differences that only a local would know. At Pho Ngon, the rice noodles are the big seller, but they do have egg noodles if requested.

When the two soups are compared side by side, the noodles in pho are soft and translucent, and the noodles in ramen are firm and chewy. At Pho Chateau, nutrition is a factor too. “My soup is healthy, easy to digest,” Nguyen said.

Although pho is not on the American Heart Association's radar, they do point out that ingredients like sodium and portion size are always a factor in a healthy diet, and pho is salty like some other soups. But at the same time, AHA has also released many studies regarding the benefits of a plant based diet and pho has a lot of vegetables, rice noodles and water-based broth. "The American Heart Association Diet and Lifestyle Recommendations suggest an overall healthy dietary pattern that emphasizes a variety of fruits and vegetables, whole grains, low-fat dairy products, skinless poultry and fish, nuts and legumes and non-tropical vegetable oils," said Roxana Hoveyda, the regional Vice President of Communications and Marketing at the American Heart Association.