Holiday Shows ‘Light’ Up the Season 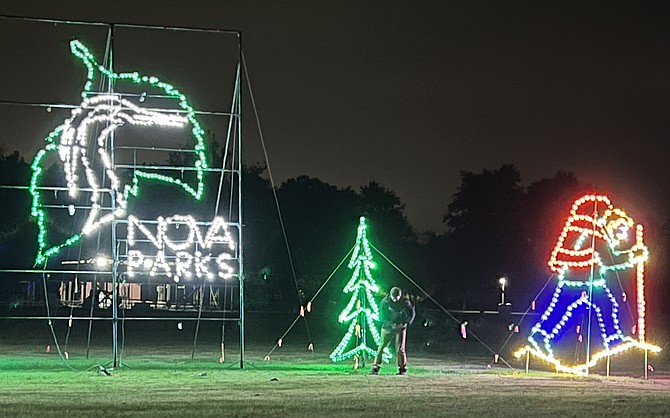 If you are one of those charged with setting up the family’s holiday house or tree lights, and recall the struggles of taming tangles, locating bulb outages, reaching power outlets, and the challenge of packing it all away again after the season, then you might begin to empathize with the job of Evan Inkley. He and his crew of special event employees create the “Festival of Lights” at Bull Run Park, arguably the largest such display in Northern Virginia. 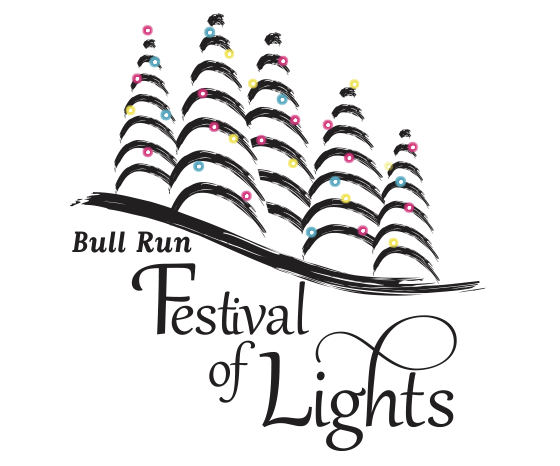 Imagine, if you can, the effort needed to manage a festival of more than a million bulbs and thousands of strings of lights and power cords; enough to extend over the 64-mile distance of the Capital Beltway. The largest individual display is 40 feet tall and almost seven feet wide; just one of 600 light displays. Forty some of those displays with animation require individual set-up and programing using laptop computers.

Employees communicate in an elf-like code, using names for displays like: “Jack & the Beanstalk,” “Flight School,” “Elf Cottage,” and snow tubes. They have a dedicated workshop where one can imagine the magic created rivals that at Santa’s famous workshop at the North Pole. Questions asked by crew reveal the intricacy of their work and set-ups, “Does the snowflake arch cord running across the road need a male end on the left side or right side?” 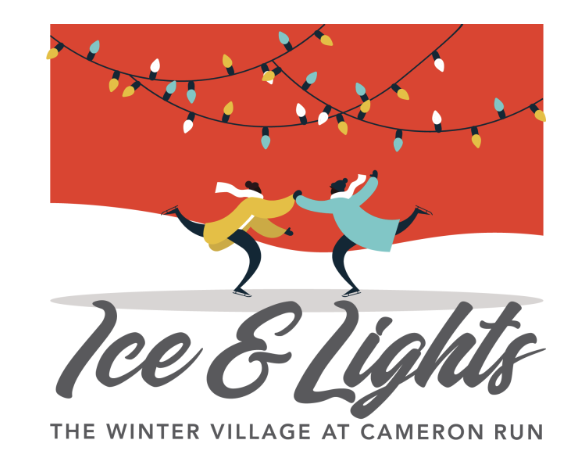 What does it take to put all these elements together to create such a huge show with new features every year? Inkley says that “many hands and several months” is the short answer. Although the events crew works year-round creating new displays and making repairs, intense activity occurs between mid-August and the show opening in early November each year. The eight to ten member regular staff is increased during crunch time by pulling crew members from other park maintenance teams and the park system’s headquarters, to reach 25 helpers. They may pull 12 hour shifts to be ready for opening night. This year on November 11th.

Old style bulbs have been replaced with more efficient LEDs in all displays and the old bulbs recycled. Generators line the storage area ready for duty remote from permanent power sources. The closed park is active now at night with large crane equipment stretched out in the darkness, like metal brontosauruses reaching high into the trees, to place lights in the canopies and on tree trunks. Pick-up trucks and carts move materials like a roving army of ants. Many of the displays are lit up, viewed only by wildlife and the crew members, who know that perfection can only be achieved in the dark. Displays set up in the day do not look the same at night, and night reveals missing bulbs and unplugged cords.

The show displays coexist, for the most part peacefully, with the park’s abundant wildlife. Inkley says animals typically avoid the lights at night. On occasion, daylight reveals a hoof print where a deer has stepped on a wire without injury … to the deer. One curious fox, of the several that make the park home, has shown an ongoing interest in the happenings inside the large maintenance and storage facility and workshop. One wonders if the woodland creatures see themselves depicted in several of the light displays? Or if the deer are in awe of the arching leaps their light counterparts achieve over the road?

Recall your own attic, garage, or closet storage space available for seasonal items. Then appreciate the vast number of elements under Inkley’s stewardship. The park’s dedicated 3,000-square-foot maintenance and storage building contains shelves with row upon row of large plastic containers, a number that makes one’s home storage pale in comparison. Still, the building and bins are not sufficient to hold it all. Twelve 53-foot van trailers and three shipping containers supplement storage for the seasonal items. 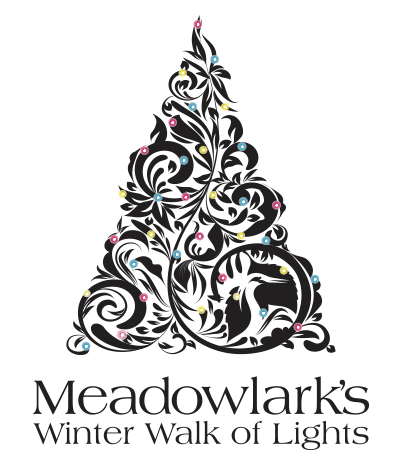 At the culmination of this colossal preparation effort, from the ease and comfort of your car, you and your family can enjoy the festival’s sparkling, colorful lights, which add to the uplifting spirit of the holidays. Drive along the two and a half mile stretch of holiday light displays, and expect to hear ooh’s and aah’s continue as passengers recognize favorite symbols, characters, or representations of outdoor activities. Bull Run’s festival hosted over 62,000 vehicles in 2022. With timed entry tickets sold by vehicle, it’s estimated that about a quarter of a million people saw last year’s show. It’s become a traditional holiday outing for many. Bull Run’s festival is the first show undertaken by NOVA Parks, which now offers three light shows in the area,.

Your festival driving adventure of 30 to 45 minutes might end with a stop at the park’s Holiday Village for a hot cocoa by the bonfire, fun at the carnival, posing for photos, shopping for holiday merchandise, or a camel ride — yes, a real live camel lets you image yourself as a biblical Wiseman … or Wise-chlld. After the final drive through of the festival’s close on January 8th, Inkley and crew start the two to four month process to take down all the displays … perhaps after a celebratory hot cocoa of their own?

When asked if he decorates his own home for the holidays, given his almost year-long immersion in holiday decorating, Inkley says, “I do decorate but it takes extra motivation.” That motivation comes, not just from his young family, but also from a friendly neighborhood lighting contest. With his professional background, does he have an edge? Says Inkley, “They changed the rules recently to have no back-to-back winner.”