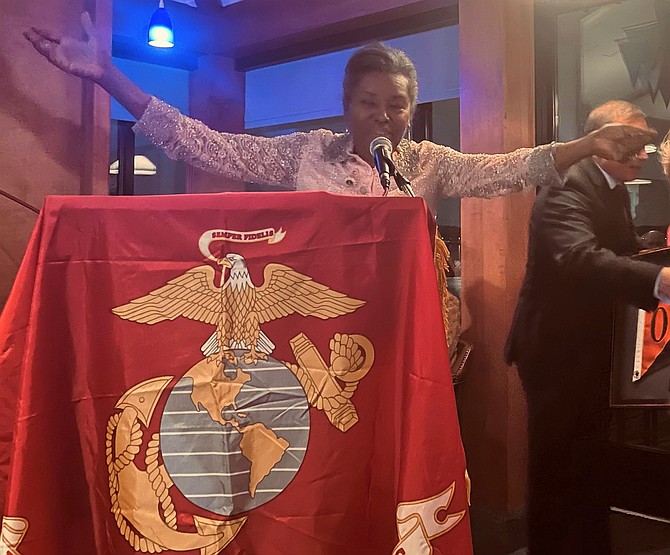 Virginia Lt. Governor Winsome Sears, a Marine Corps veteran, thanks attendees following remarks at the celebration of the 247th anniversary of the founding of the U.S. Marine Corps Nov. 10 at the Old Dominion Boat Club.

Virginia Lt. Governor Winsome Sears was the featured speaker at a celebration marking the 247th anniversary of the founding of the U.S. Marine Corps Nov. 10 at the Old Dominion Boat Club.

Sears was joined at the event by her husband Terry Sears. Both are Marine Corps veterans.

“The Marine Corps gave my life purpose,” said Sears, who spoke of the training she received in boot camp at Parris Island, S.C., and her time at Camp Lejeune. “I learned that leadership is not something you say, it is something you do. I have never forgotten that.”

Sears, the first Black woman elected to statewide office in Virginia, served as an electrician in the Marine Corps from 1983-1986. She immigrated to the U.S. from Jamaica when she was 6 years old and was raised in the New York City borough of the Bronx. 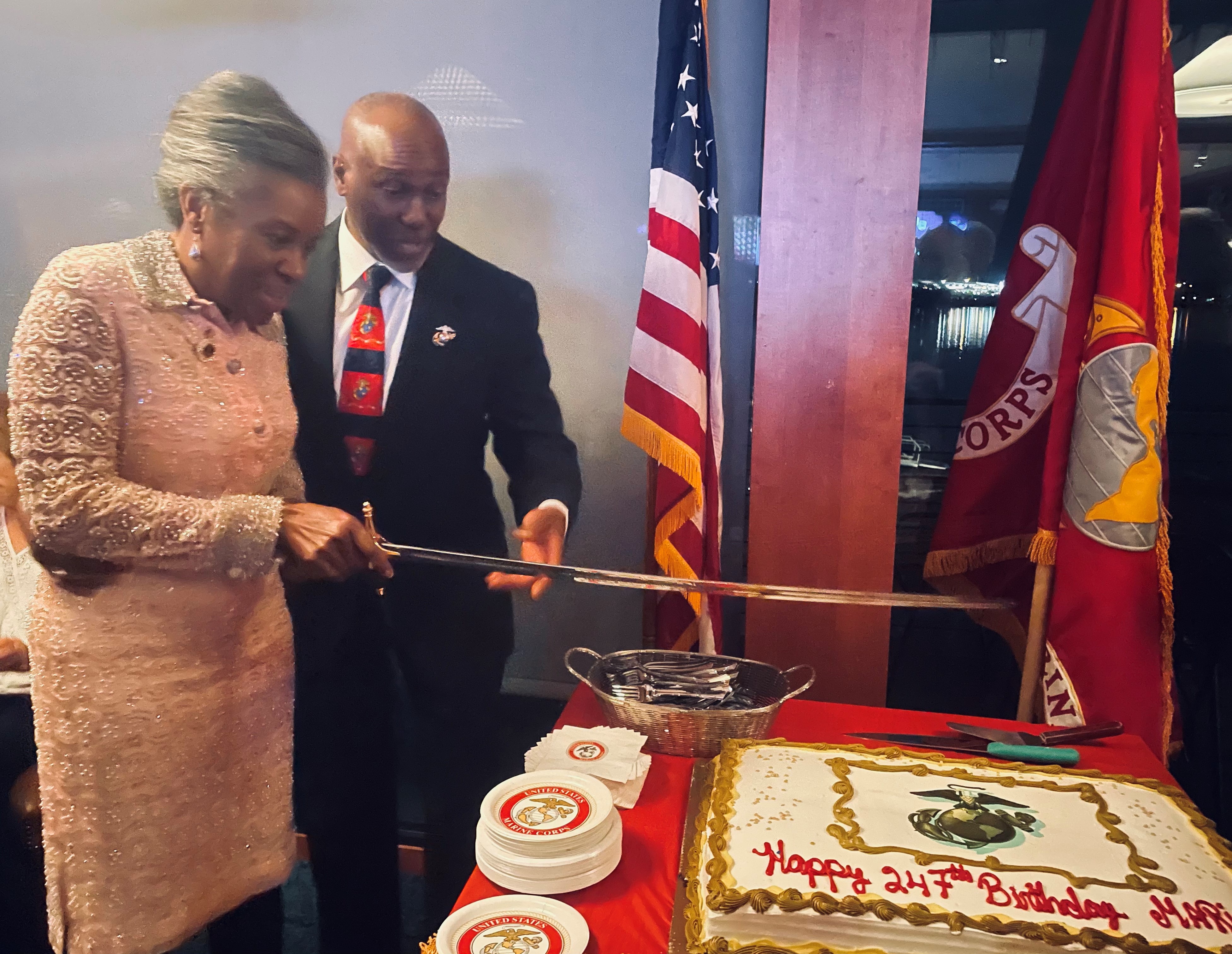 Lt. Governor Winsome Sears and her husband Terry Sears, both Marine Corps veterans, cut a cake celebrating the 247th anniversary of the founding of the U.S. Marine Corps Nov. 10 at the Old Dominion Boat Club.

“America gave my dad his start when he came here on the 11th day of August in 1963,” Sears said. “That date is significant because it was just 17 days before Martin Luther King Jr. gave his ‘I Have a Dream’ speech. It was a difficult time for this country.”

At the time Jamaica was a British Colony and Sears’ father considered a British citizen.

“In later years I asked my father ‘Why would you come at that time?’’ Sears told the crowd. “He could have easily gone to England. But he said simply that America is where the opportunities were. And here I am today, second in command in the former capital of the Confederacy.”

According to the Constitution of Virginia, Sears said her first job duty “is to be prepared to be governor. So every morning I check Glenn [Youngkin’s] medical records” she added with a laugh.

The Marine Corps was founded as the Continental Marines on Nov. 10, 1775 and has served in nearly every conflict in U.S. history.

“We are a fighting force,” Sears said. “America is such a great country. We are not going to burn her down. We will help her to improve and we will continue to serve, protect and defend her. There is no other place to escape.”