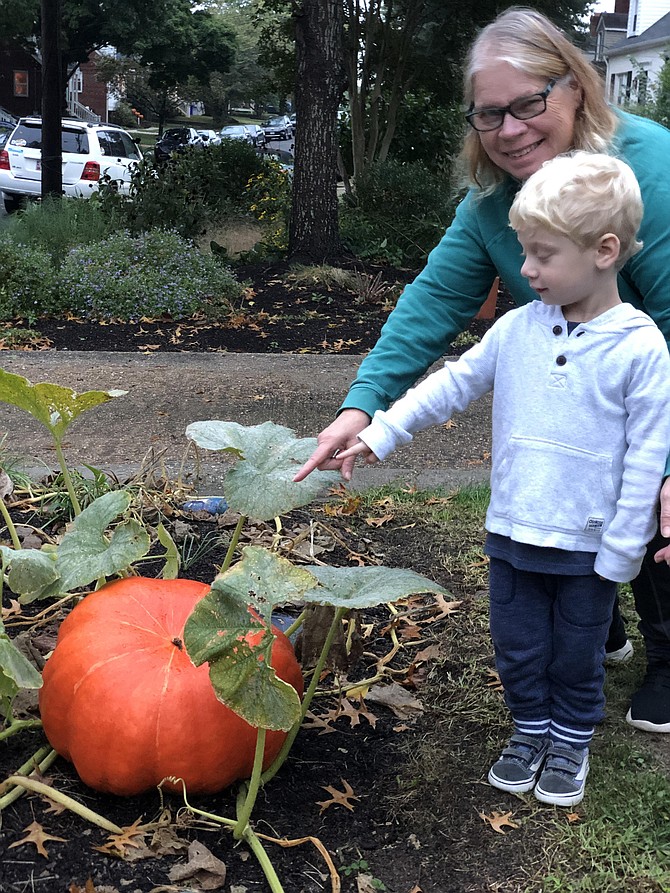 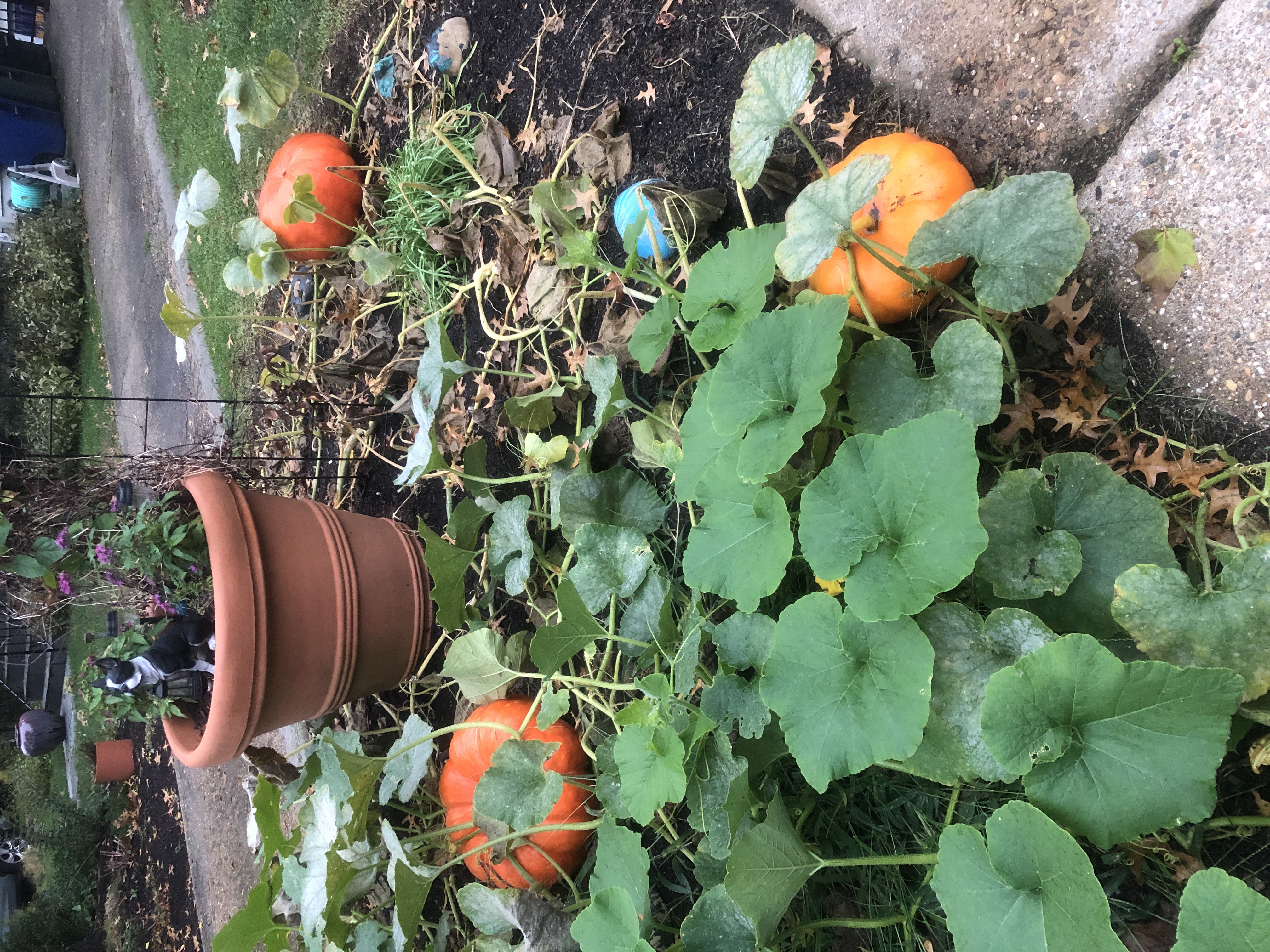 huge, Cinderella’s coach type pumpkins to sprout all over her front lawn. But that is exactly what happened. She wasn’t sure WHAT was growing, at first, but when the little globes started to look like something other than zucchini, she was amazed at the sight of her unintended crop of perfect picture book pumpkins. Chisholm had mulched her front garden with Arlington’s free leaf mulch, which is supposed to be weed and seed-free after brewing at a high temperature for months. That is the only explanation, other than elves or leprechauns, for the sudden appearance of a long vine of pumpkins so big she can’t lift one. Pumpkins can grow up to thousands of pounds, but these probably weigh in at about 60 pounds or so. Chisholm’s neighbors have told her she could’ve won a prize with the beauties in her yard. She has offered them to families with young children, and several have been by to take one, with only three remaining. The children are delighted. They will need a little help getting them home though.