Bench and Accolades for Avid Gardener in Centreville
Votes

Bench and Accolades for Avid Gardener in Centreville 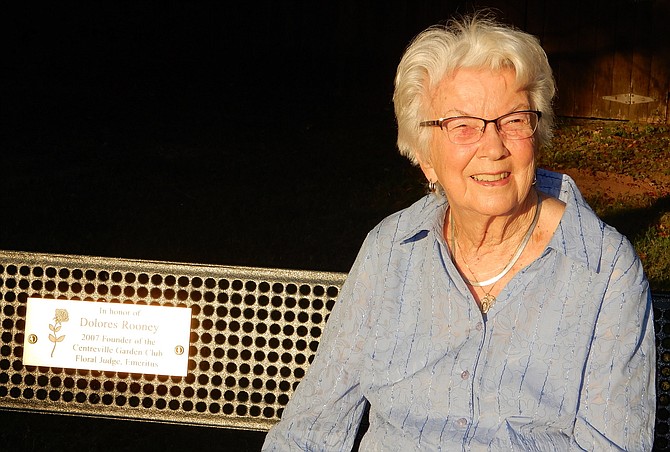 Dolores Rooney on her bench after the dedication ceremony.

Born Nov. 8, 1925, Dolores Rooney will be 97 in less than a month. But she looks way younger, is an avid, respected gardener and is still active in the local garden club she founded. And members of that club recently dedicated a bench in her honor in Chantilly’s Ellanor C Lawrence Park.

Some three-dozen people – including friends, garden club members and 14 members of Rooney’s family – gathered Sept. 19 for an early evening ceremony paying homage to her. It was a casual, lighthearted event, filled with laughter, reminiscences and joy – as well as a homemade buffet featuring a special cake, plus cupcakes decorated like sunflowers.

Rooney worked many years with both silk flowers and fresh arrangements in the floral department of Merrifield Garden Center. And she’s a highly qualified and well-respected Floral Judge Emeritus, having judged numerous shows for the Chrysanthemum Society and the Rose Society.