Diwali, Festival of Lights in Arlington 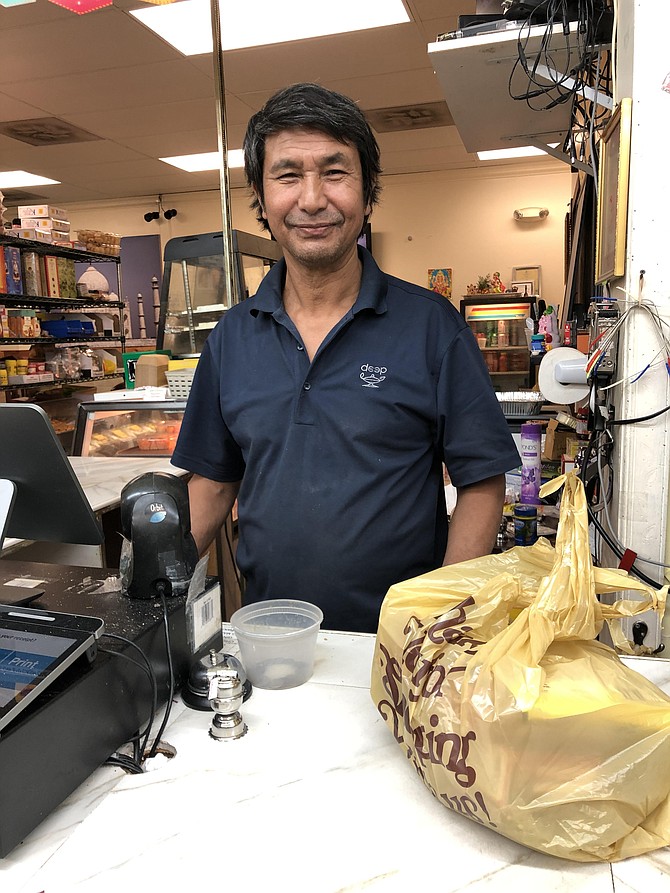 Diwali is the Indian “Festival of Lights” celebrated by about one billion Hindus worldwide. Increasingly, the holiday is becoming integrated into the American calendar. New York City has added it to holidays, and the federal government is considering it. And why not? It’s all about the triumph of good versus evil, light over dark, and family. It’s fun. Games are played, fireworks are set off, gifts are exchanged. People who have spent time in India can’t get it out of their systems, such is the magic of Diwali. When my third grader was asked what special celebration takes place in late Autumn, all the other kids said “Thanksgiving” and she replied, “Diwali.”

The Indian grocery store at 4815 Langston Boulevard was packed with South Asians last week preparing for the festival, which has some fairly standard requirements: mithi (sweets) like Soan Papdi and Motichoor Ladoo, Barfi, and Jalebi. Oil lamps or candles lit in the home and outside, decorations like rangoli (stenciled chalk designs), and the most important: family.

For some expatriate Indians, though, family is far away. This was the case for Babar, originally from Nepal, who is the cheery face behind the counter at India A1 Grocery on Langston Boulevard. Asked what he was doing for Diwali this year, he answered sadly that he’d be working in the store because he doesn’t have family here and others do.

Two women from South India originally and Washington, D.C. now, said they would have a low-key Diwali — just light a lamp and eat well, spend time with friends and family. And why come all the way to Arlington for Indian groceries? “This is the best,” they said. And they were so pleased to be asked about Diwali they followed me into the grocery store and presented me with a box of lamps and sweets. Why? “Because you were interested in Diwali,” they said, smiling.

Diwali is like that: it brings out the best in all of us.