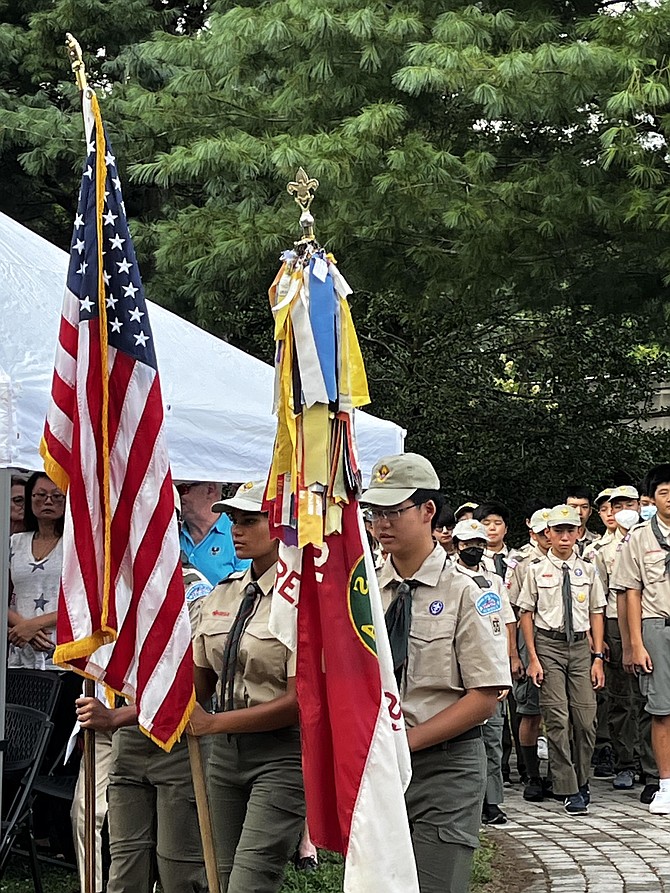 On the 21st anniversary of the 9/11 attacks, the Great Falls, Virginia community gathered for its annual ceremony. It and another ceremony in Falls Church and one in Vienna marked the only official 9/11 ceremonies held in Fairfax County on September 11, 2022. 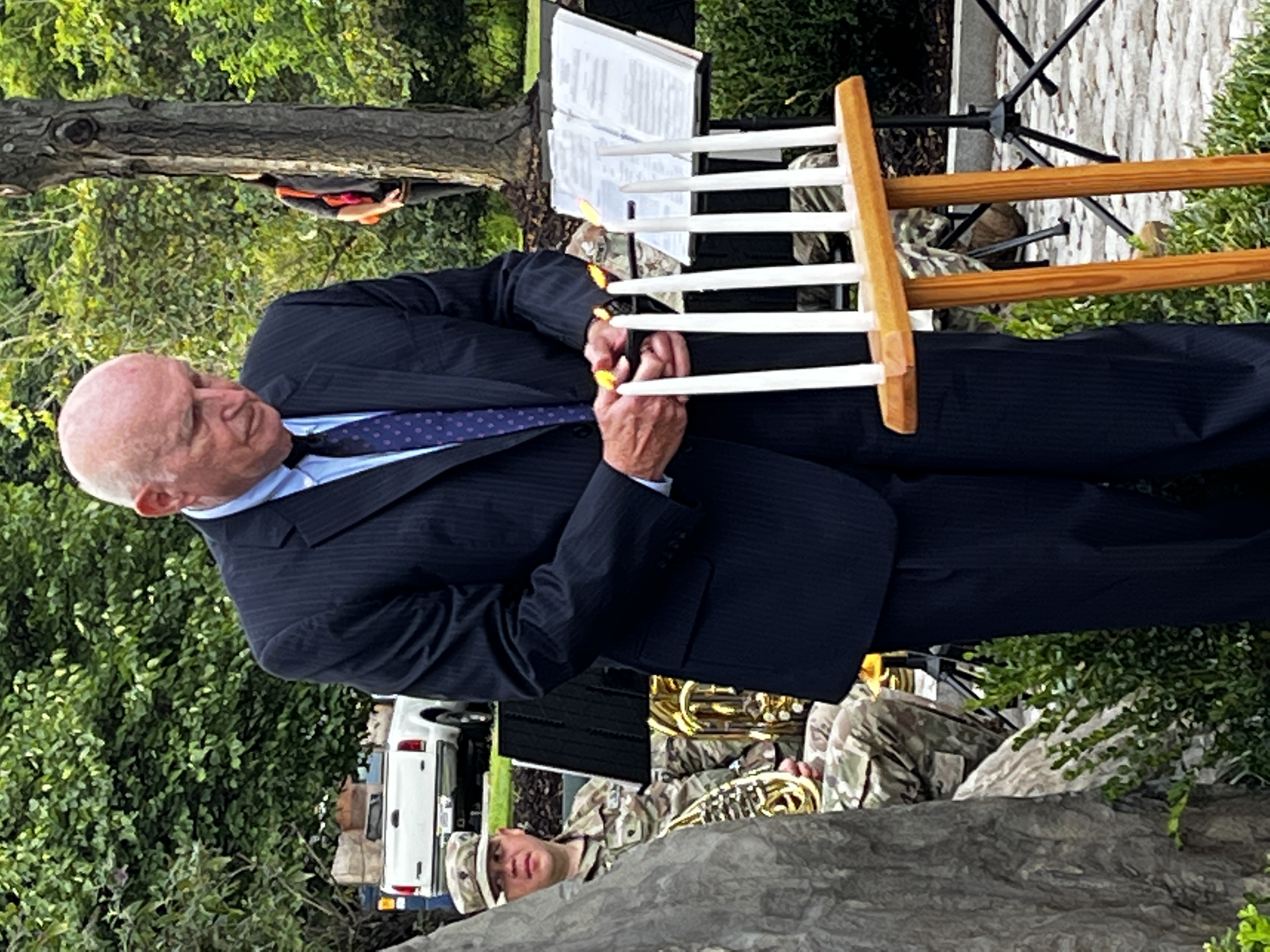 On the morning of Sept. 11, 2001, many of us witnessed the catastrophic and coordinated terrorist attacks in one of the most widely covered events in media history. We watched television screens as events unfolded, and driving to work, we listened to the radio for updates. Many could see the smoke rise from the Pentagon.

What transpired between 8:46 a.m. when the hijacked American Airlines Flight 11 crashed into the north face of the North Tower of the World Trade Center, killing all 92 aboard, and 10:03 a.m., when hijackers, fighting with passengers, caused United Flight 93 to crash in Somerset County, Pennsylvania killing all 44 aboard, was difficult to comprehend.

In the immediate aftermath and subsequent months, American patriotic sentiment soared. Many vowed never to forget the Sept. 11 attacks and nearly 3,000 victims. The shared grief reverberated with no age, gender, or political restrictions.

Fast forward to 2022, and Americans seem to be setting aside the deadliest terrorist attack on American soil in U.S. history, drawn to other matters, said keynote speaker Richard L. Haver during his remarks at the 9/11 Ceremony in Great Falls.

Haver’s career in the military and government included serving as Special Assistant to the Secretary of Defense for Intelligence during the Bush administration. He was responsible for establishing the Defense Intelligence Undersecretary's Office, according to his bio.

"We must always remember, we must never forget. But beyond remembering., we must learn the lessons that were taught to us so painfully on 9/11," Haver said. "The first lesson is vigilance; the second is our convictions and optimism; the third is that we must strive for unity."

In the 1990s, the United States fell asleep, according to Haver. America had become overconfident and ignored the alerts and warnings. He discussed the initial bombing 1993 of the World Trade Center. A bomb went off beneath the two towers of the World Trade Center, signaling a new terrorist challenge. "Trying to destroy an American icon, a symbol of America's economic power and strength," Haver said.

"The 9/11 report, which I had a hand in, recounts several other occasions where we were given a warning. We were given an alert...  (but) we didn't put the pieces together," Haver said. "We didn't put ourselves in our enemies' positions."

Despite our wealth and success, Haver said that our enemies can destroy us if we are complacent and preoccupied with other matters. "We give our enemies opportunities to undermine our security," he said.

Haver believes that now in the post-9/11 era and 21 years later when we yield to the desires of our adversaries to break up our unity and focus on our differences rather than what we have in common, we play into their hands. "Unity is the answer," Haver said. "One nation under God indivisible with liberty and justice for all."

The Friends of the Great Falls Freedom Memorial is a volunteer organization that built and maintains the site dedicated to the memory of the residents of Great Falls who died on 9/11 in the attacks. The Friends support this mission and welcome contributions to the effort. Contact Andy Wilson at president@gffreedom.org to learn more or to purchase an engraved brick to line the path to the memorial.