‘We the People’ in Alexandria
Votes

‘We the People’ in Alexandria 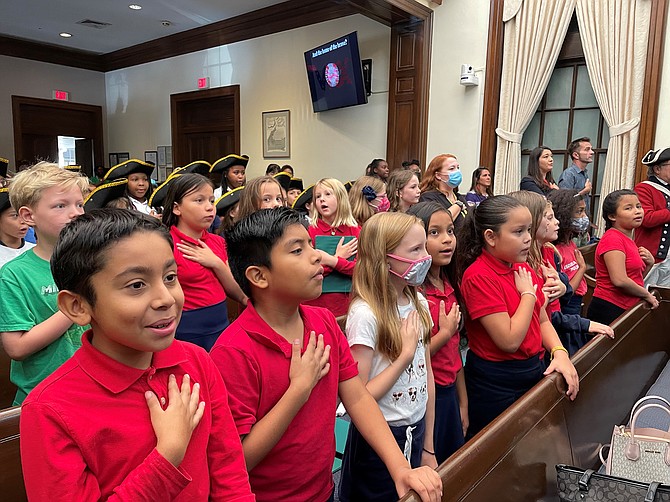 Songs of patriotism filled the air as students from across the city gathered to celebrate the signing of the Constitution Sept. 16 in the City Council chambers at City Hall.

“Those were exciting times,” said Linda Ferrara, who welcomed the students and provided a background of the drafting and signing of the Constitution. 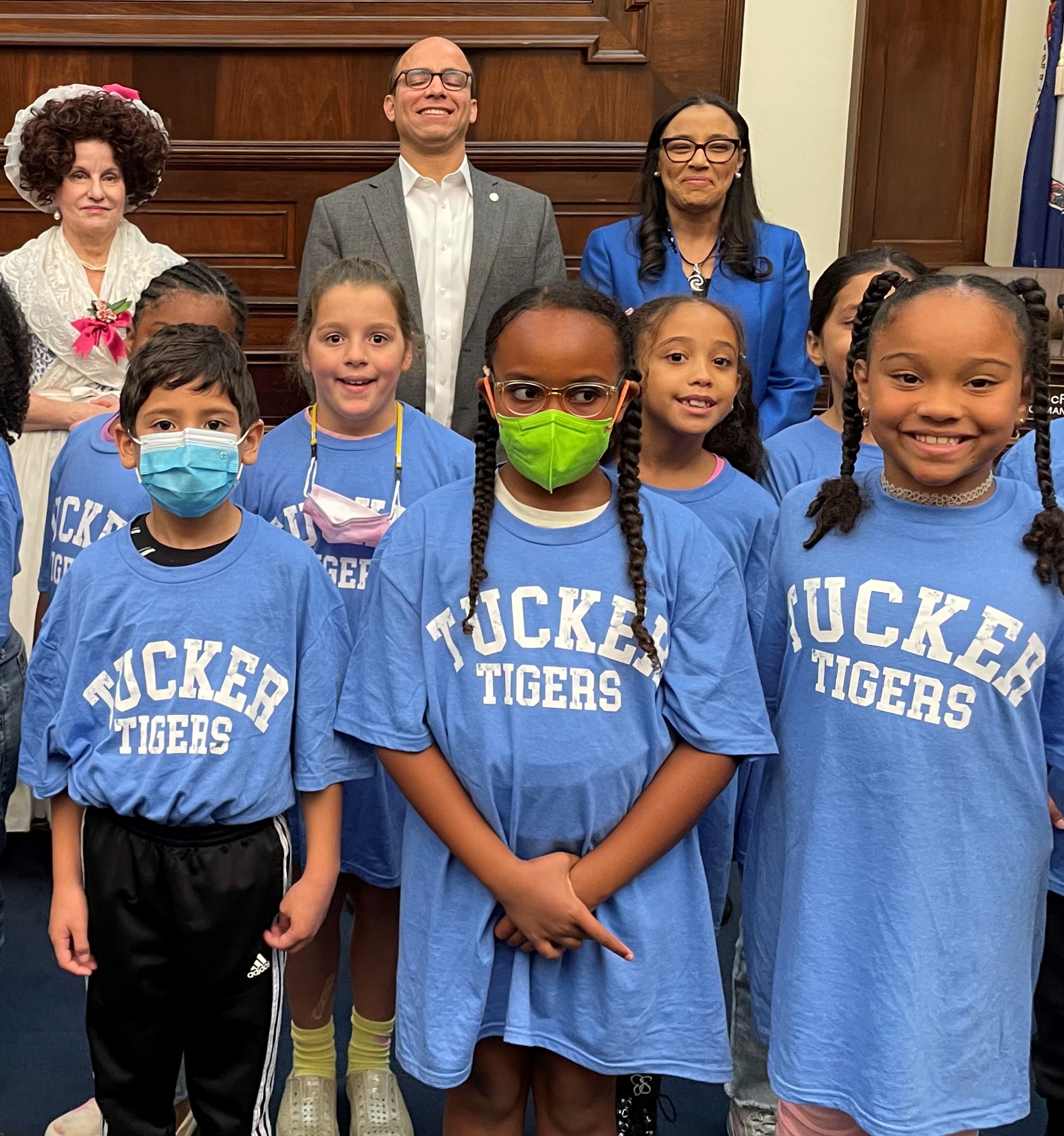 Ferrara is the Constitution Week chair of the District 5 Daughters of the Revolution. In 1955, DAR petitioned Congress to set aside Sept. 17-23 annually to be dedicated for the observance of Constitution Week. The resolution was later adopted by the Congress and signed into law on Aug. 2, 1956, by President Dwight D. Eisenhower.

“The U.S. Constitution is our nation’s charter,” said Ferrara in giving a history of the signing of the document. “It establishes our form of government and is an outline by which we exercise self-rule. It is a unique document, one that continues to be used as a model for many other nations in creating their own government guidelines.”

Ferrara noted that Virginians played an important role in the drafting of the Constitution.

“Most of you know Virginians played a prominent role in our independence and in establishing our government,” Ferrara said. “George Washington was the organizer and president of the Constitutional Convention. Inspired by Thomas Jefferson and others, James Madison did much of the drafting of the U.S. Constitution and the Bill of Rights. His masterpiece was a document for a unified government and for the rights of citizens.”

“We are a school that follows a core knowledge curriculum that supports history and patriotism in our students,” said LCTA principal Patricia Zissios.  “Being here in one of the centers of the beginning of our nation’s history our students have learned about the Revolutionary War and are wearing the Tricorn hat as a representation of colonial history here.”

The U.S. Constitution was signed on Sept. 17, 1787. In addition to establishing Constitution Week, the DAR erected a structure built in tribute to the Constitution of the United States. DAR Constitution Hall, which is a performing arts center, opened in 1929, in Washington, D.C.

“The U.S. Constitution is impressive because it filled in the gaps left by the Articles of Confederation where the 13 colonies needed to be more unified, particularly in things like currency, interstate trade, and dealing with foreign governments,” Ferrara said. “Our Constitution is one that has stood the test of time -- longer than any other in world history. It reflects the thinking of many learned Founding Fathers more than 200 years ago and yet it still applies today.”