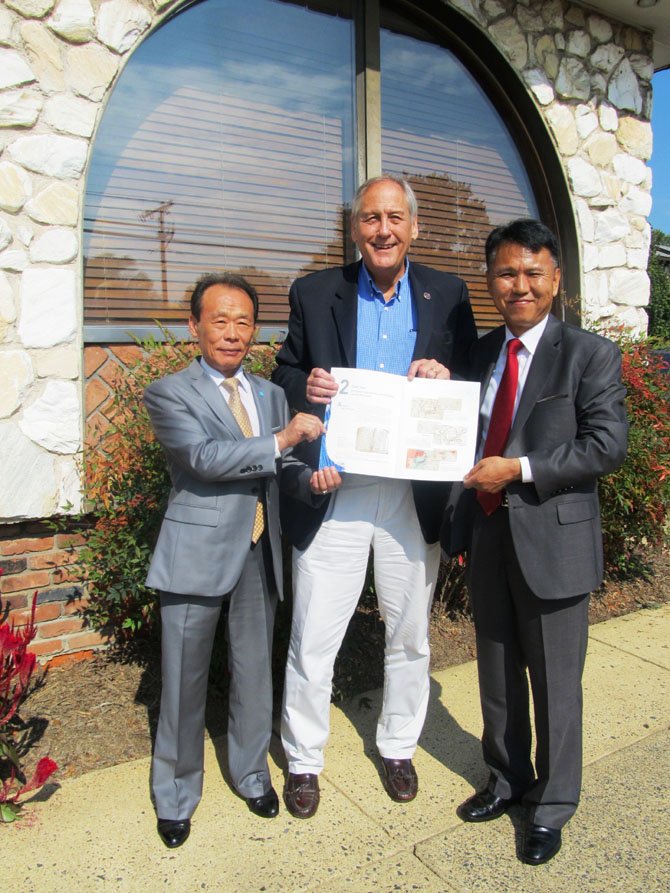 From left—Jung Ki Un, chairman of Voice of Korean Americans (VOKA), State Sen. Dave Marsden (D-37), and Peter Kim, president of VOKA, display a petition to use the dual names of “East Sea” and “Sea of Japan” to denote the body of water between Korea and Japan in Virginia’s textbooks. Currently, Virginia’s textbooks only use Sea of Japan, which Koreans view as historically inaccurate and a legacy of Japanese colonial rule.