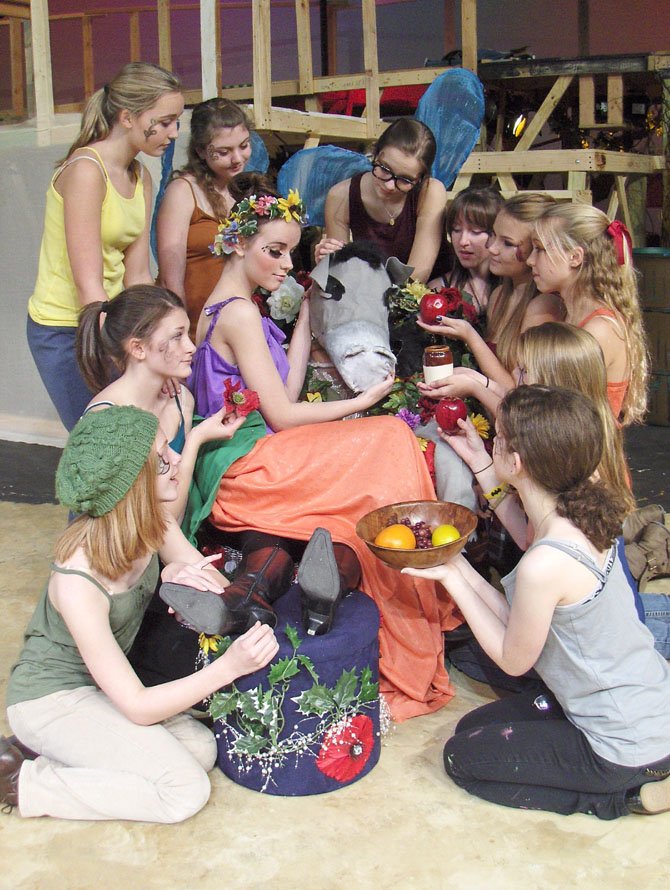 Sarah Irving (center) as Titania and her band of fairies in Robinson’s production of Ken Ludwig’s "Midsummer/Jersey."

Recognition is Given for Play’s Premiere

In November 2011, Robinson Secondary had the honor of performing the world premiere of an original play, Ken Ludwig’s "Midsummer/Jersey." And now, that play has received 10 Cappie nominations for excellence in high-school theater.