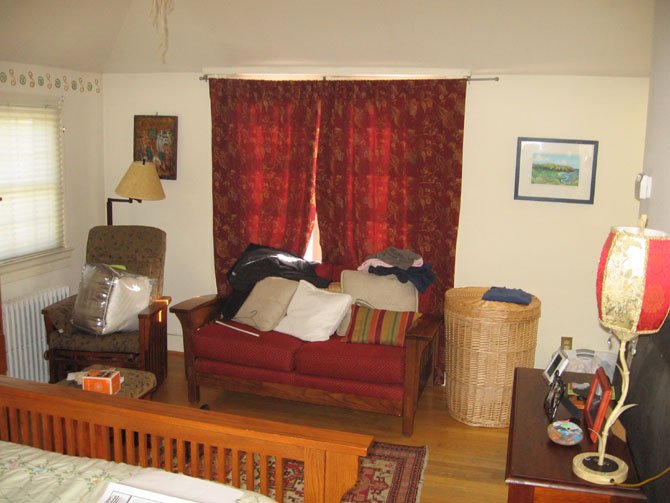 The old L-shaped configuration consisted of two converging legs, both too narrow for comfortable habitation, the owners say.