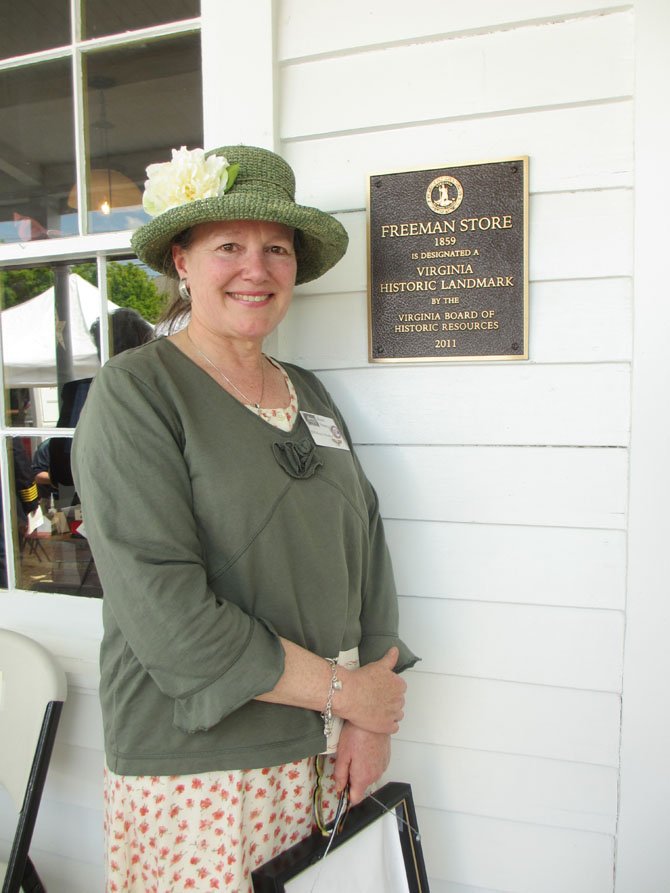 HVI president, Anne Stuntz, with the newly-unveiled plaque naming the Freeman Store to the Commonwealth of Virginia Historic Register.

More than 100 members of the Vienna-area community and a cast of local dignitaries took part in the program at Freeman Store on April 21 at which the plaque commemorating Freeman Store’s historical designation in the Commonwealth was unveiled.