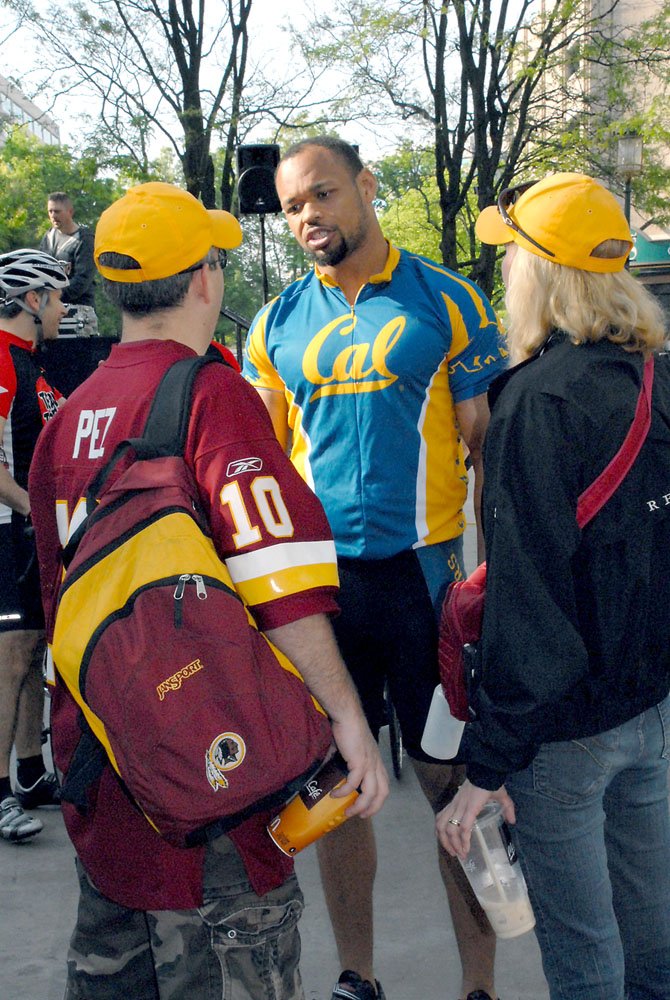 Washington Redskins’ linebacker Lorenzo Alexander chats with Ride to Provide participants prior to Saturday’s charity bike ride. This is the third year Alexander has hosted this event.