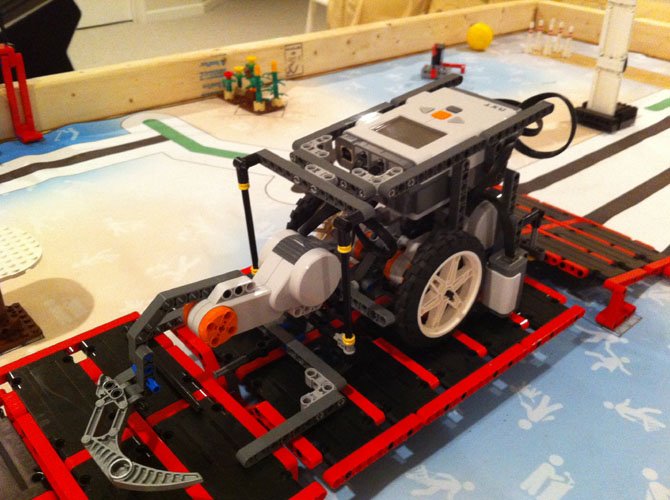 This is the robot created by Rocky Run’s seventh-grade FLL team.