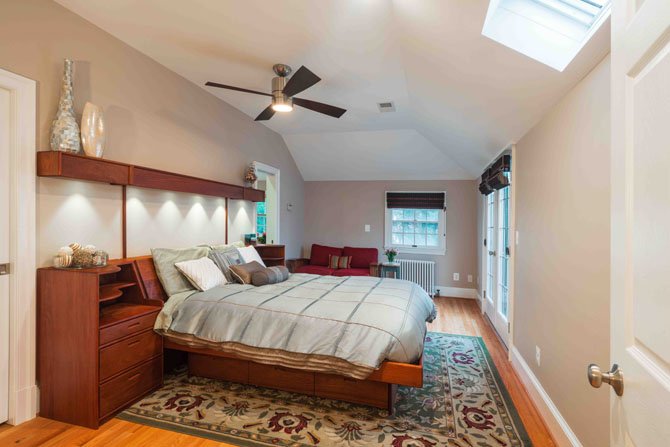 By converting an L-shaped plan to a bisected layout, Designer Sarah Wolf achieves an open and airy ambiance in a room that had previously been cramped.