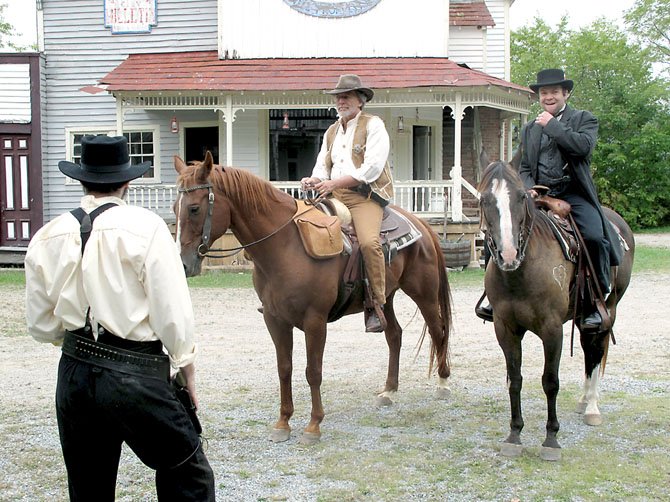 Garry Westcott, who plays Marshall Perry Robinson, and Regen Wilson, who plays John Callaway, ride into Thurston during episode one. Working with horses was one of the challenges of filming a Western, said director Paul Awad.

Awards for drama, directing and acting tend to bring to mind the Oscars and Emmys, Hollywood and Broadway, not the Internet and Reston. Nonetheless, the web series, "Thurston," created by Reston residents, husband and wife, Paul Awad and Kathryn O’Sullivan, has been nominated for the 3rd Annual Indie Soap Awards for Best Web Series in the drama category.