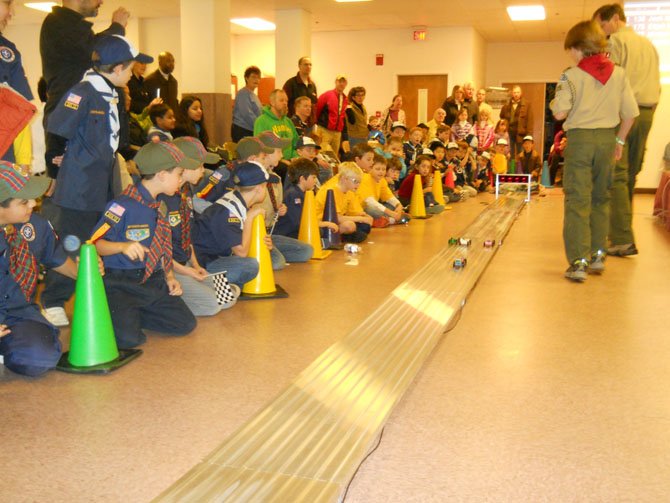 The Cub Scouts of Pack 1144 watched each race closely to scout the competition.