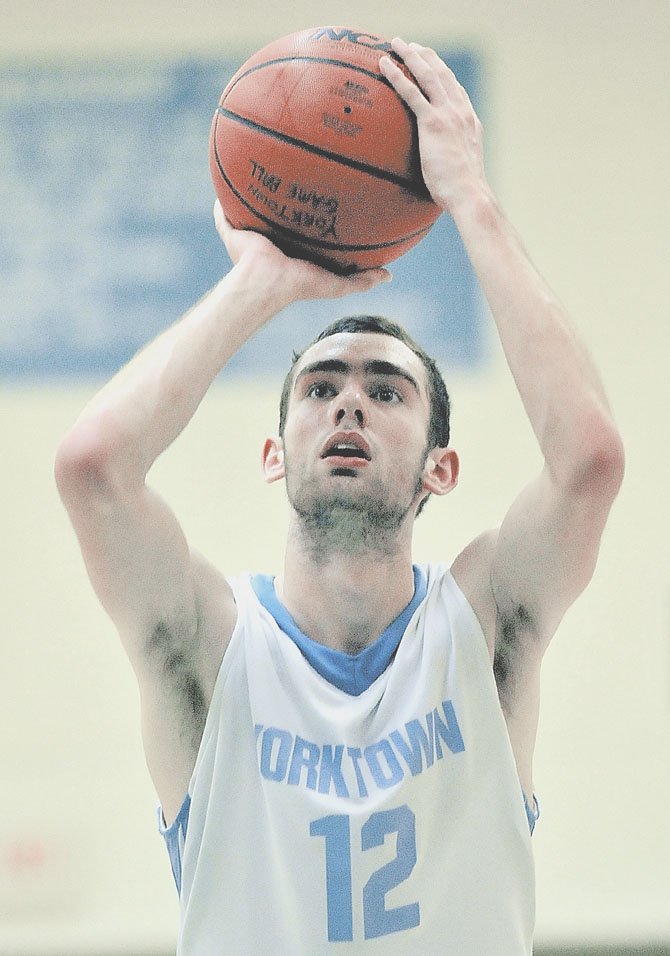 Jack Earley, seen against Stuart on Dec. 16, and the Yorktown boys basketball team beat Edison 54-52 on Jan. 20. Edison entered the contest undefeated in the National District.