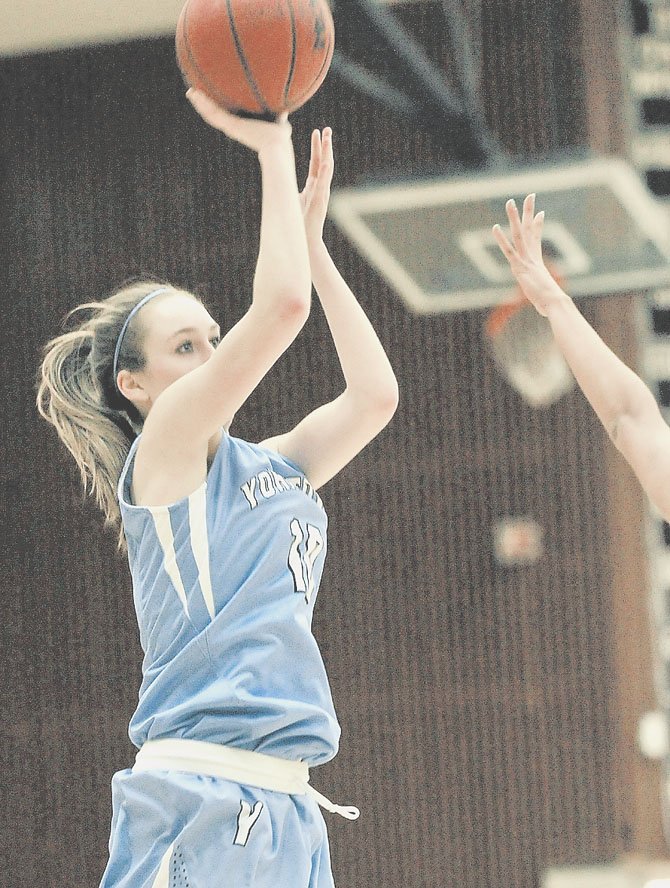 Emily Rebh, seen against Mount Vernon on Jan. 9, and the Yorktown girls basketball team were in third place in the National District through eight games.