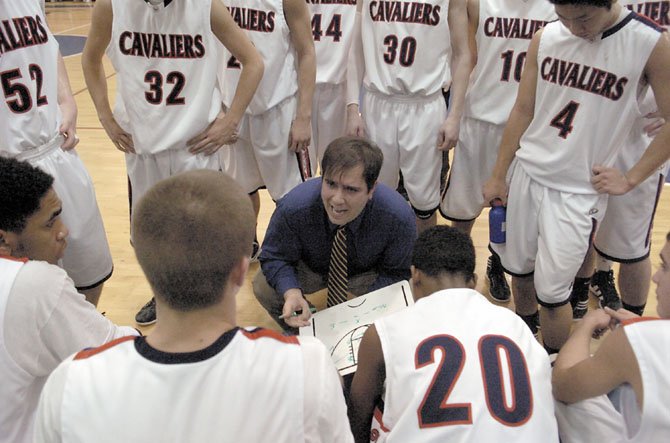 Woodson boys’ basketball head coach Doug Craig talks to the Cavaliers during a break in the action against T.C. Williams on Jan. 24.