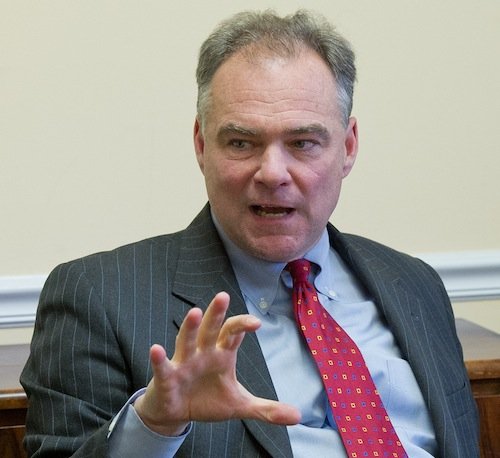 With the sluggish economy at the forefront of voters’ minds this year, former Democratic Gov. Tim Kaine hopes to put fiscal issues at the top of his campaign to fill the seat vacated by Democratic U.S. Sen. Jim Webb.