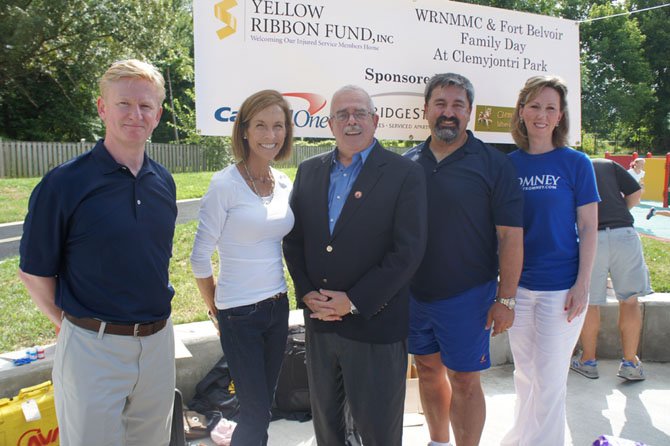 Three days of often-heavy rainfall and a dicey forecast was cause for some concern, but as if on cue, the clouds vanished and the sun shone down on the Yellow Ribbon Fund’s picnic on Sunday, July 22, in Clemyjontri Park in McLean.