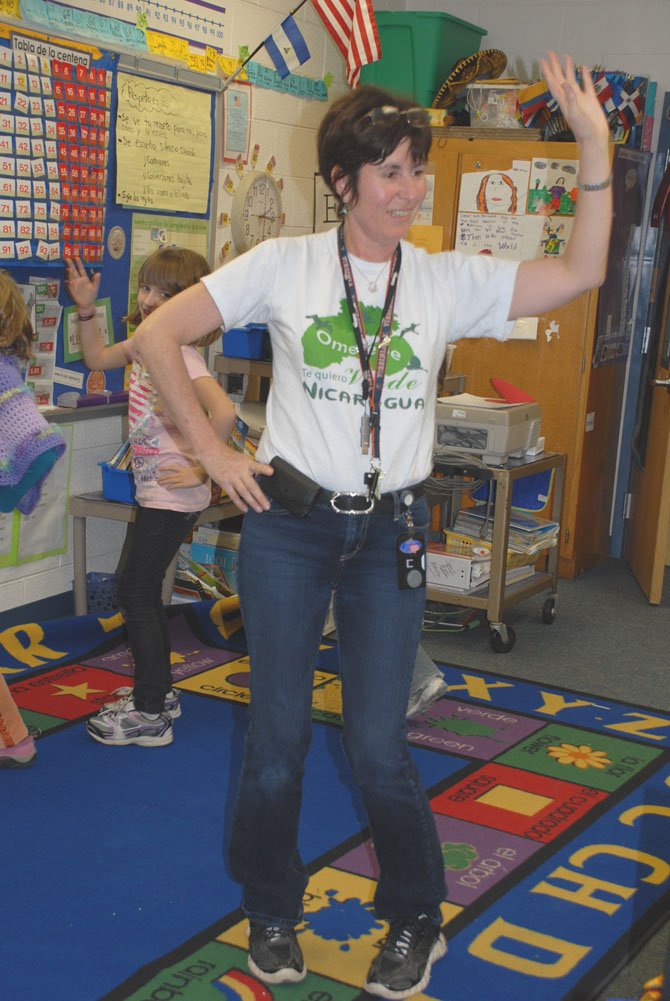 Second grade Lake Anne Spanish Immersion teacher, Consuelo Bachelet, traveled to Nicaragua in February as part of the Smithsonian Migratory Bird Center’s Bridging the Americas Program to learn more about the birds that migrate between the eastern United States and Nicaragua. Here, Bachelet encourages her students to get up and dance.