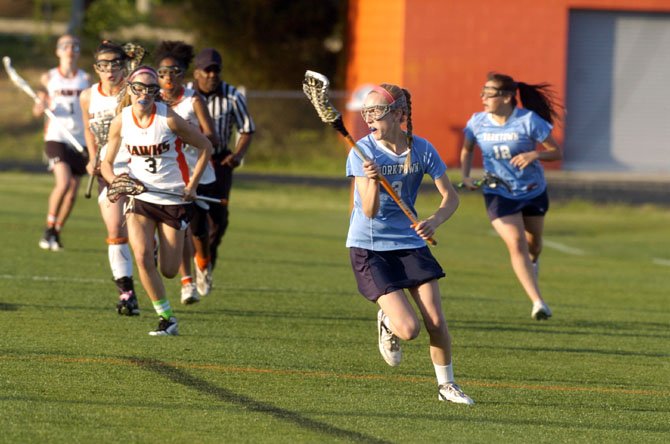 Sophomore midfielder Emily Spack scored two goals for the Yorktown girls’ lacrosse team during the Patriots’ victory against Hayfield in the National District tournament final on May 10.