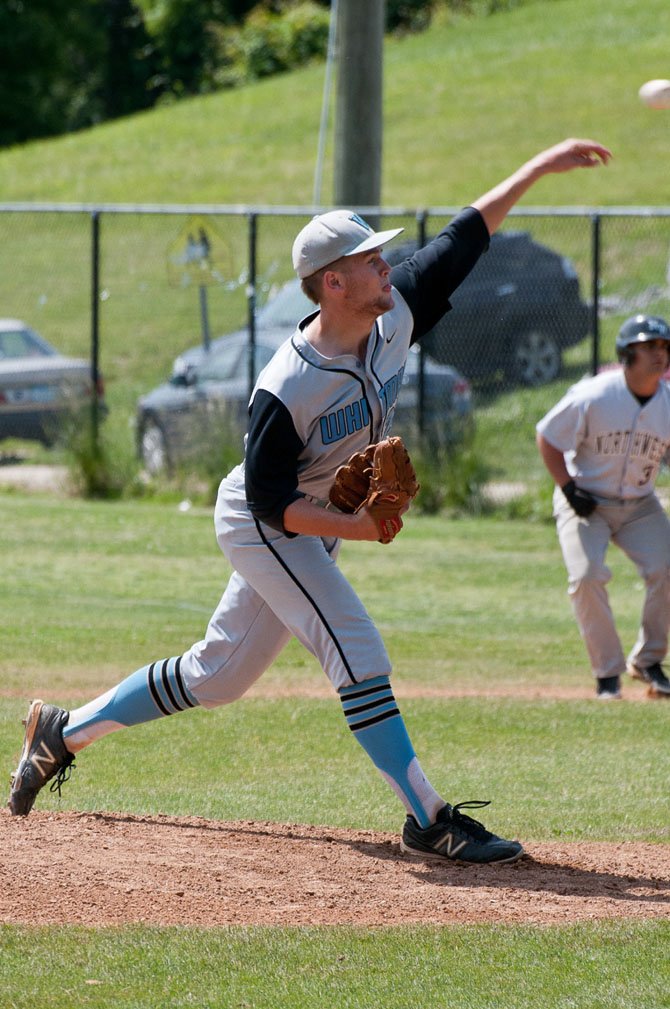 Whitman senior Ryan McGill pitches against Northwest in the 4A West Region championship game on May 18.

Vikings lost to Northwest in extra innings in region final.

Northwest defeated Whitman, 5-3, in eight innings on May 18 in Bethesda to earn the 4A West crown.