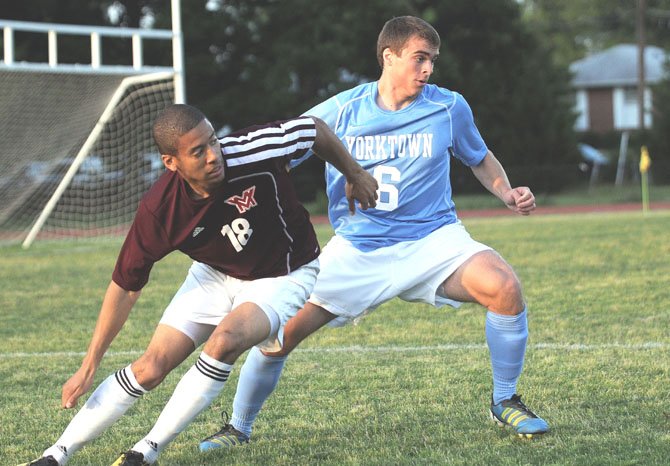 Simond Kargbo’s goal in the 60th minute broke a 1-all tie, Amardo Oakley converted a penalty kick for insurance and the Mount Vernon boys' soccer team captured its first district title since 2005 with a 3-1 victory against Yorktown on May 18 at MVHS.