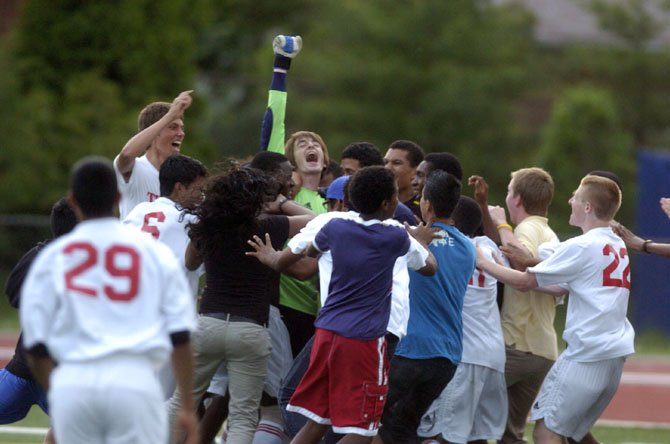 T.C. Williams goalkeeper Nick Braun raises his right arm in celebration after his two saves during a penalty-kick shootout helped the Titans beat Stuart in the opening round of the Northern Region tournament on May 22.