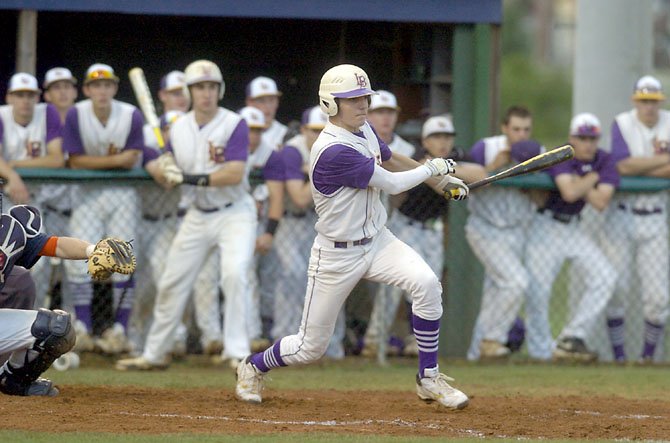 Lake Braddock senior Dylan O’Connor went 2 for 3 with a two-run double and made several nice plays in left field during the Patriot District title game on May 21.

The Lake Braddock baseball team pounded 10 hits and played solid defense behind starting pitcher Michael Church en route to a 7-2 victory against West Springfield on May 21 in the Patriot District championship game.