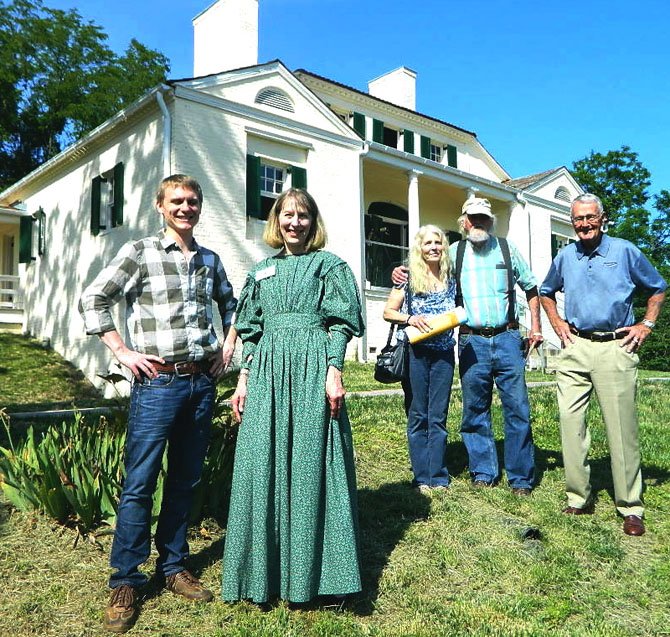 Artist William S. Amlong was joined by his brother, Ranson, right, and Sue Howard, who lived at Huntley with her daughter Susan in the 1970s. At left are historic interpreter Geoffrey Cohrs and Erica Hershler who is wearing an 1830’s house dress.

Huntley Opens with a Flourish

Alexandria mayor built the home in 1825.