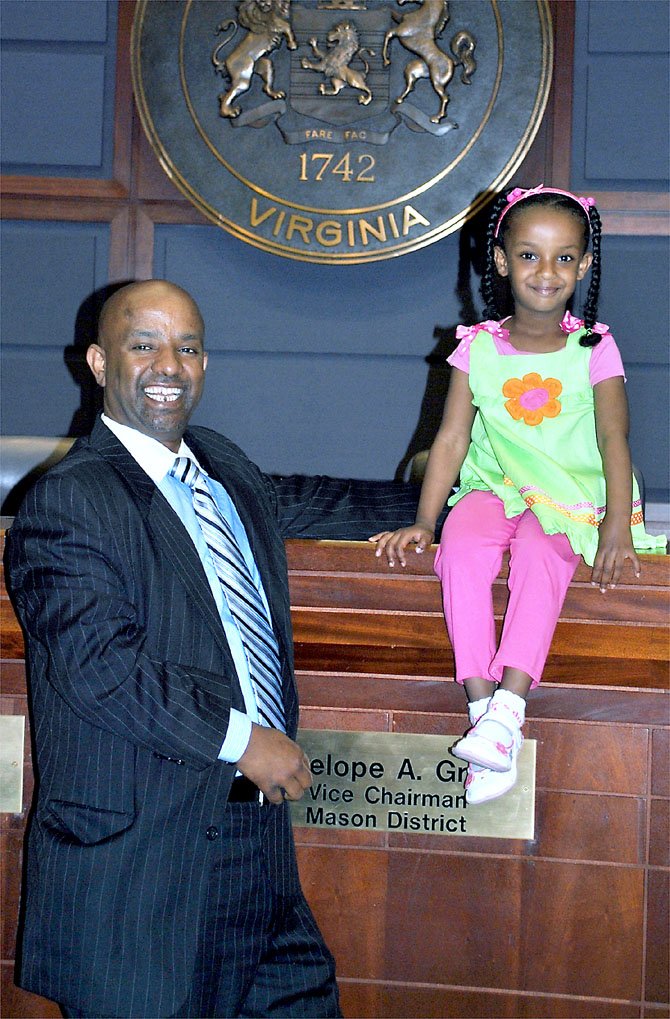 Yesuf Beshir, from Ethiopia, who works as a government contractor in Springfield, poses for photos with his daughter, Kedja, 4.