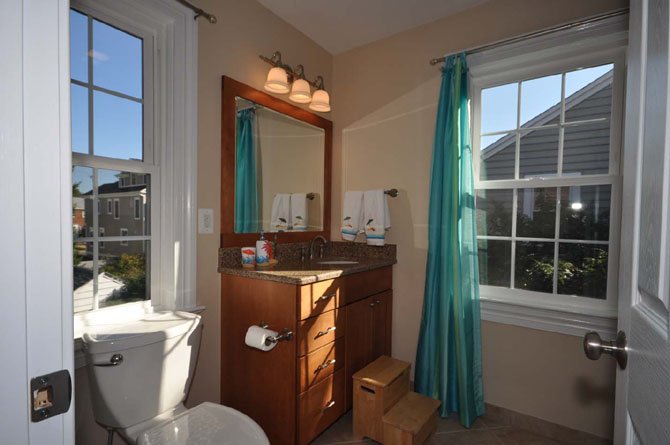 BEFORE: No room for a soaking tub here. While Wolf's only deletion was a small linen closet, the designer says that “inches count” in a tight-space plan solution.