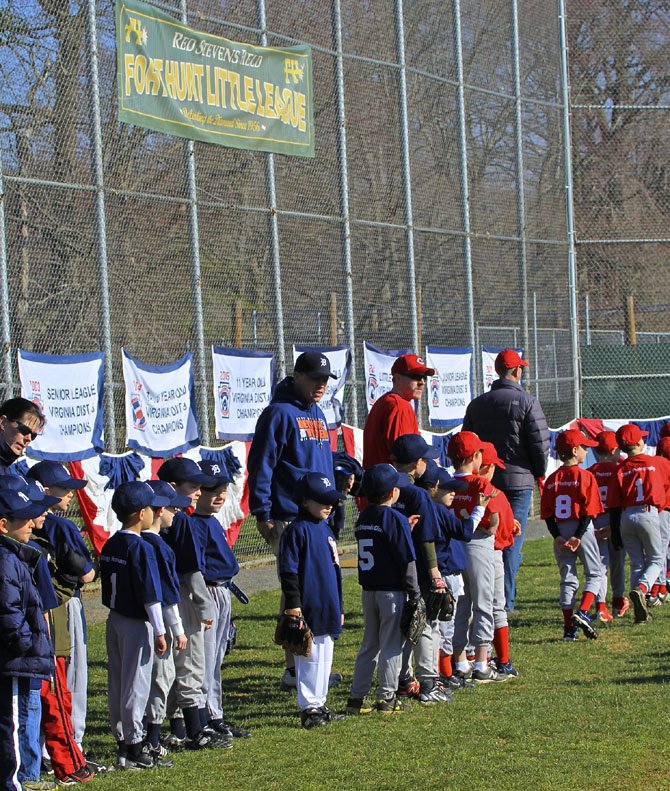 After the teams were introduced, they lined up near the team banner.