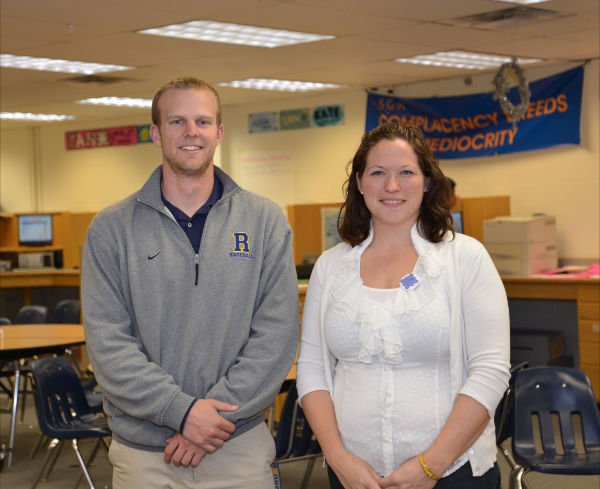 Daniel Clements and Alison Neun co-sponsor the SGA class at Robinson: Clements teaches science and Neun is in special education.