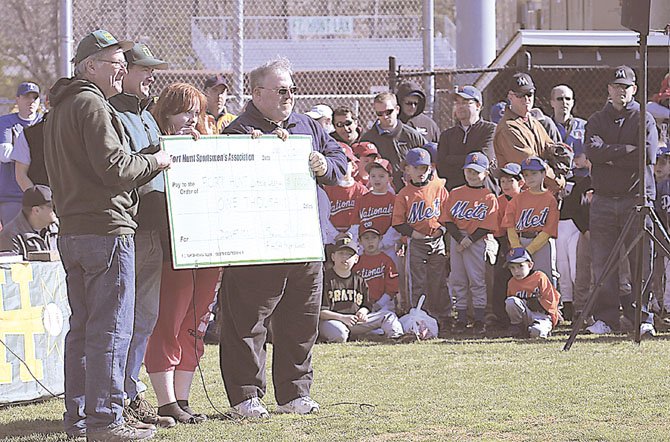 Members of the Fort Hunt Sportsman Association presented the league with a contribution.