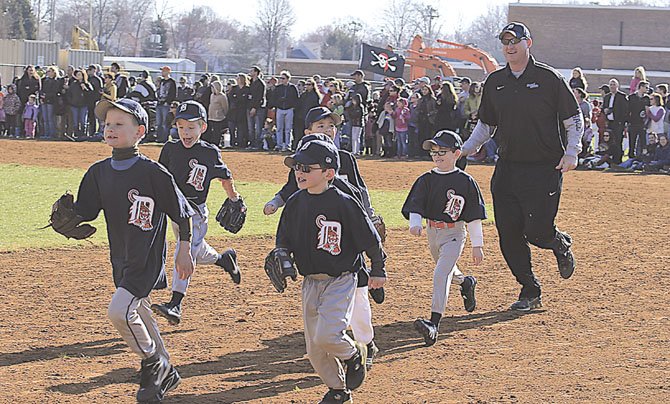 Another team, the Tigers, takes their turn running around the diamond as their family and friends cheer.