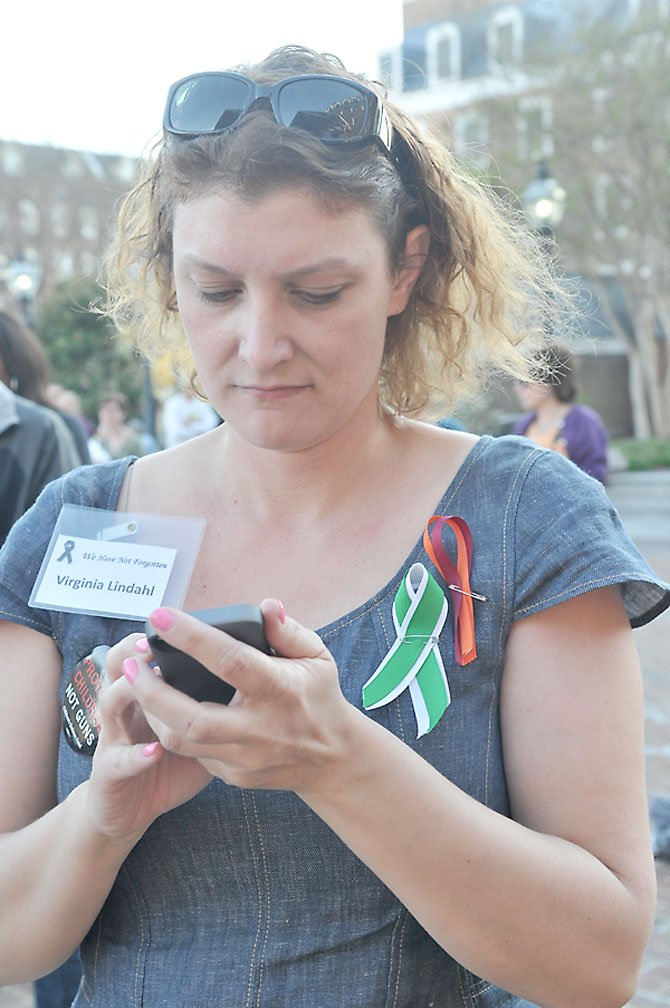 During his remarks, William Killibrew asks all present to add the number of the congressional switchboard to their cell phones in order to call their congressional representatives and senators and express their support on gun violence prevention legislation.