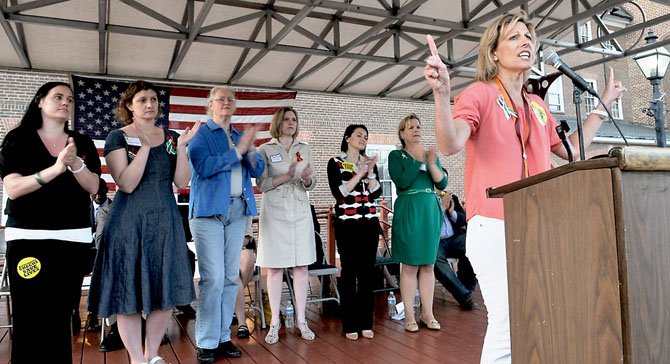 President of the Virginia Chapter of the Million Mom March Martina Leinz — surrounded by Million Mom March supporters — recalls the killings by 16-year-old Brenda Ann Spencer. On Jan. 29, 1979 Spencer took out a rifle given to her as a Christmas present and from her home shot at a San Diego elementary school killing the principal, the building engineer and injuring eight students. Spencer later said she shot at the school because, “I don’t like Mondays.” Leinz pleaded for citizens to get involved and pressure their representatives to vote for meaningful gun violence prevention legislation.