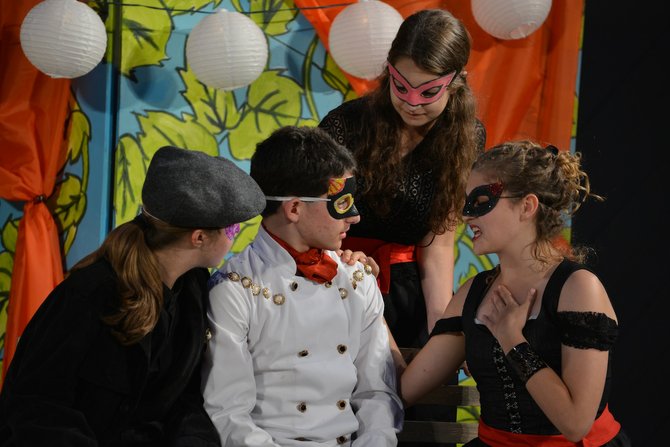 Evelyn Leggett, Ben Stein-Lubrano, Rebecca Mazer and Grace Housman in TPE’s production of “Much Ado About Nothing.”