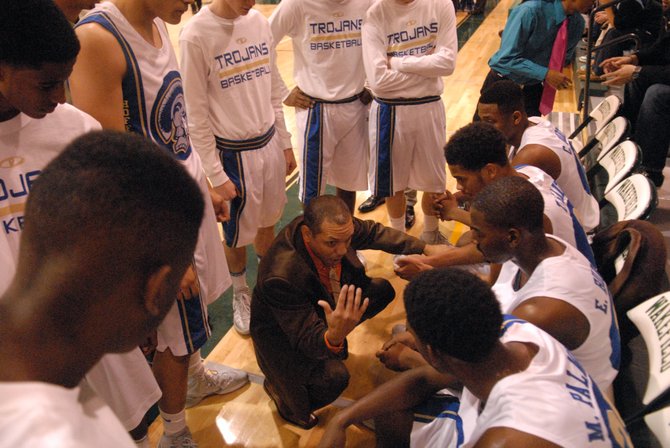 Wakefield boys’ basketball coach Tony Bentley talks to the Warriors during a game against T.C. Williams on Dec. 7.

Warriors win despite shooting 9-for-30 from the free-throw line.

The Wakefield boys' basketball team opened its season with a 56-51 win over T.C. Williams.