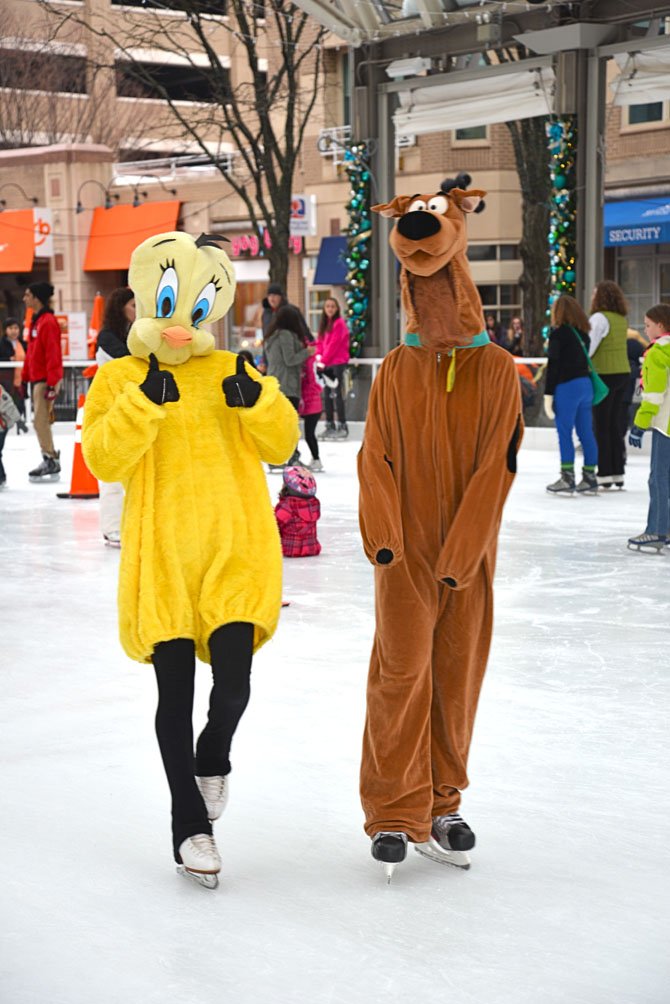 Scooby Doo and Tweety Bird glide along at the Reston Town Center Ice Skating Pavilion. A big hit with the younger skaters – and a few of the young at heart, as well –the two are part of the rink’s Saturday Cartoon Character Skate. Scooby assured us that he would be there for many more Saturdays to come.

The Ice Skating Pavilion in Reston Town Center is a hot destination.

The temperature was holding pretty steady in the lower 30s, there was ice off the rink as well as on it, and the occasional snow flurry drifted about Reston Town Center on Saturday, but none of those potential obstacles kept the Ice Skating Pavilion from being plenty packed. Although there were a few skaters with obvious skills making the rounds, it seemed that the majority were more suited to the novice category, judging by the numbers of flailing arms, "derriere skaters" and the amount of time the staff spent helping would-be Apolo Ohnos and Ashley Wagners regain their skates and their balance. It was also pretty obvious that no matter what level of expertise each skater brought to the arena, everybody was having fun.