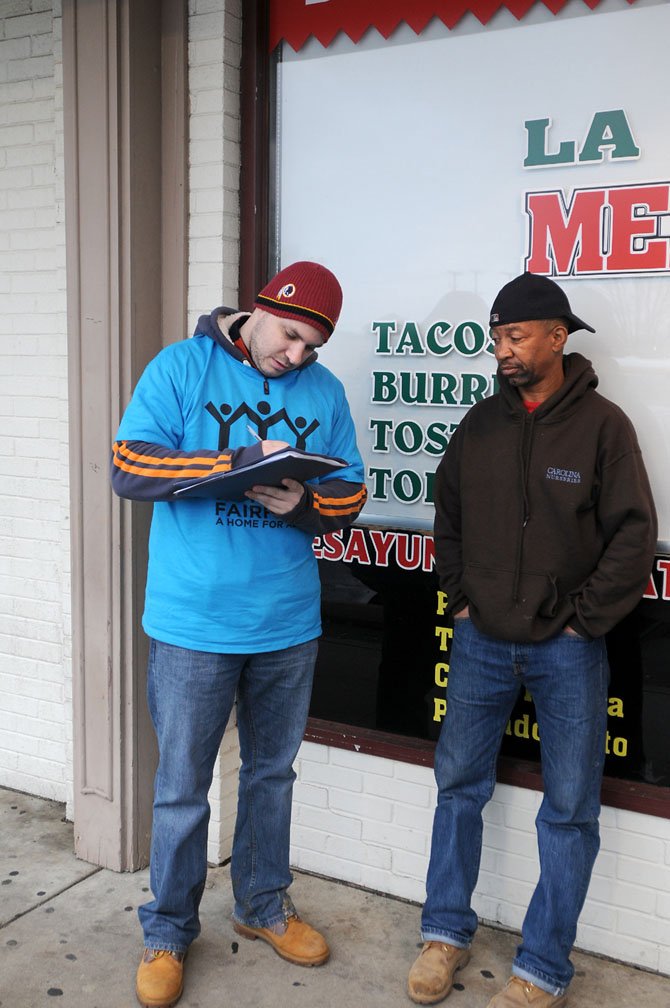 Scott Pitts, with Good Shepherd Housing, interviews Reginald outside an employment agency in the Lorton area on Wednesday morning. Reginald was just one of more than 140 homeless individuals that were interviewed in southern Fairfax County for the 100,000 Homes Campaign registry week.

Every veteran has a story, and a path to housing.

Jameel Mubaarik of Reston is a 63-year-old Army veteran and mechanical engineer, a former Reston homeowner.