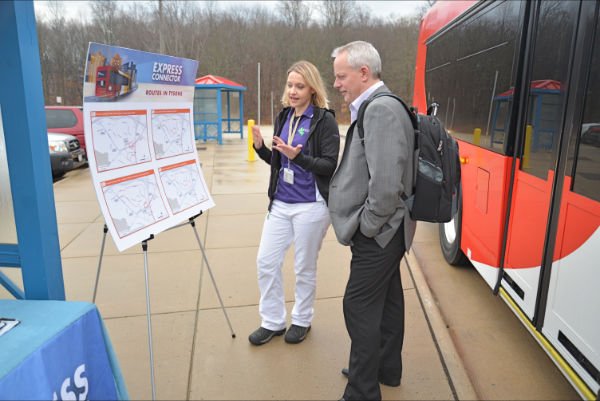 Photo by Andrea Worker
Dave Courtney of Burke was heading to Crystal City via the VRE on Monday, Jan. 14, but he stopped to get some information from Christin Wegener, Fairfax Connector manager of Operations Planning and Customer Service.