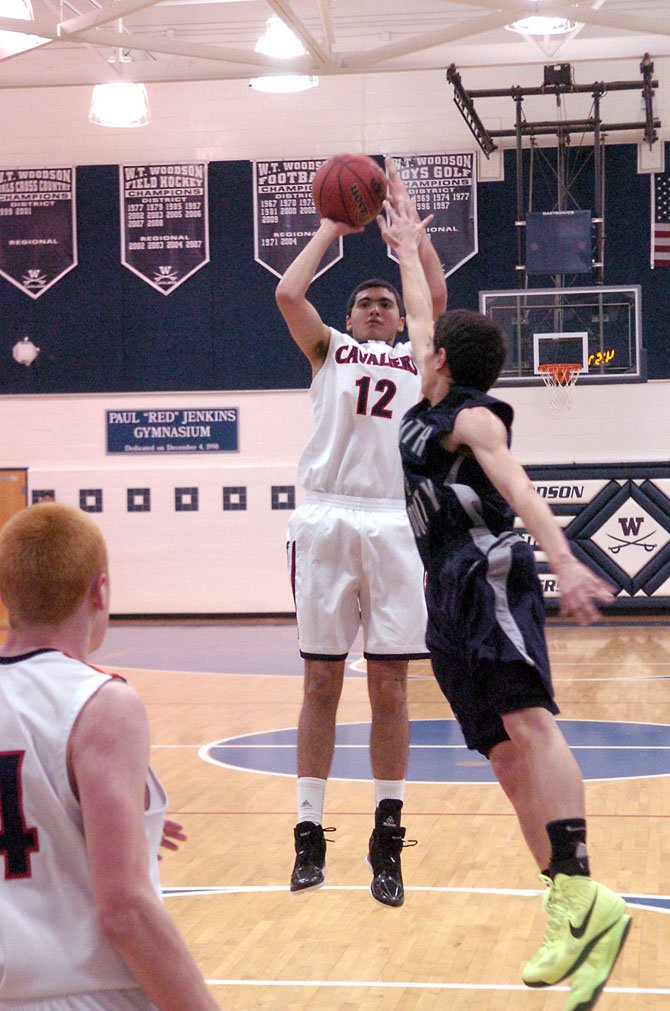 Woodson senior Alex Boock scored a career-high 20 points against South County on Jan. 15. Boock has played in four games after returning from a finger injury.

Senior scores 20 points in fourth game back from finger surgery.

The Woodson boys' basketball team went 7-0 during the first half of its Patriot District schedule.