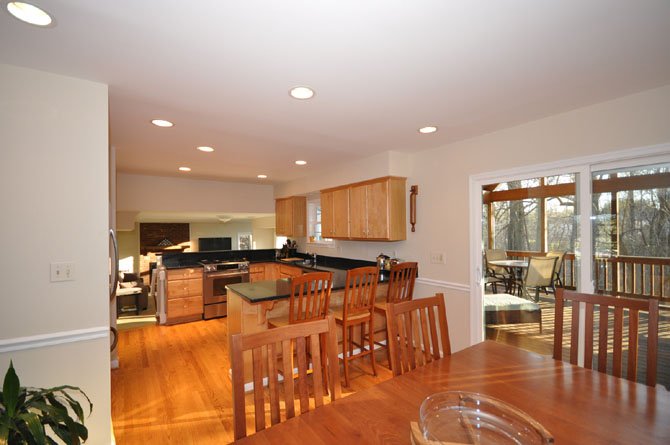 After: the Nusbaums’ initial goal was an open “kitchen-centric” plan that would make it easier for Sandy Nusbaum to entertain. A three-stool dining counter proved an effective starting point; the new surface is also well-positioned as a serving station for porch dining.