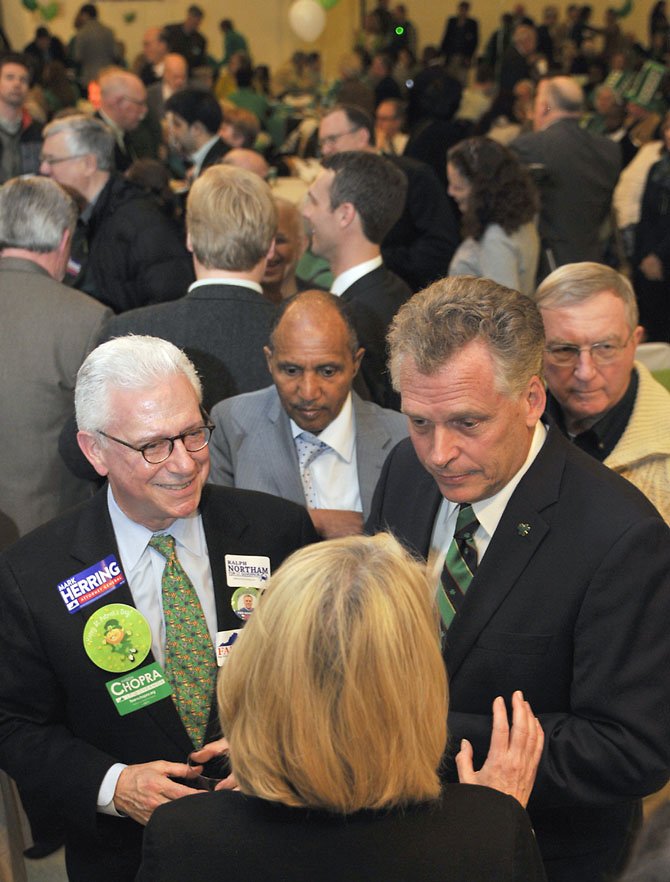 A record-breaking crowd of more than 1,400 packed the shamrock-festooned Kena Temple ballroom Sunday night for Congressman Gerry Connolly's 19th Annual St. Patrick's Day Fete. As dozens of elected officials and Democratic candidates lined the stage behind him, Connolly announced the winners of the straw polls for Virginia's Democratic candidates for lieutenant governor and attorney general.