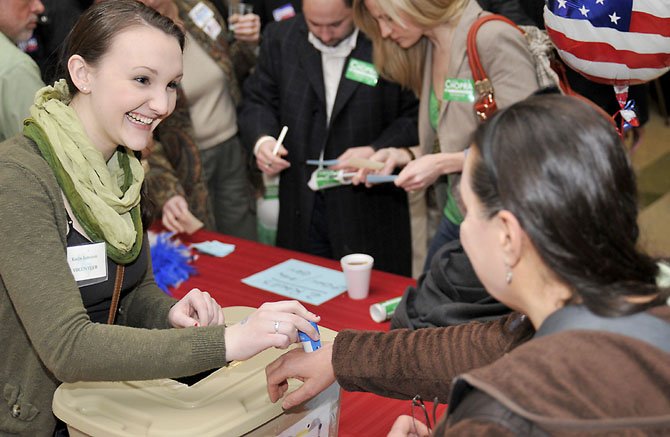 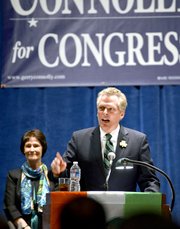 Hundreds of area residents and politicians attend the 19th Annual St. Patrick’s Day Fete, held each year by U.S. Rep. Gerry Connolly (D-11) as a fundraiser for the Fairfax County Democratic Committee. The event features speeches by those running for office and a straw poll for any race being held this year. 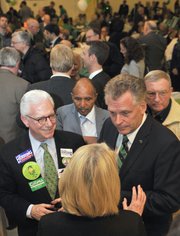 Democratic gubernatorial candidate Terry McAuliffe opened the gathering. Fairfax County Board of Supervisors Chairman Sharon Bulova handled the master of ceremonies duties and the introduction of the lengthy list of elected officials and candidates who joined Connolly for the annual celebration.

Connolly began hosting the event when he was first elected to the Fairfax County Board of Supervisors in 1995 and has continued the tradition ever since through his 10 elections. The annual St. Patrick’s Day event started as a small gathering in Connolly’s Fairfax home. Soon tents had to be erected behind the Connolly house to accommodate larger crowds, but it outgrew that venue too. It has been held at the Kena function hall in the heart of Connolly’s district ever since.