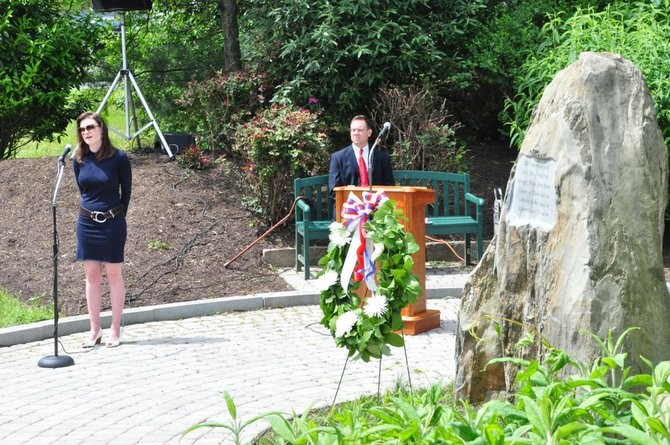 Maria Glover sings the National Anthem next to Bruce Ellis Fein of the Friends of the Great Falls Freedom Memorial Monday, May 27, as part of the community’s annual Memorial Day ceremony.